Liebenberg back as captain for JWC Final clash 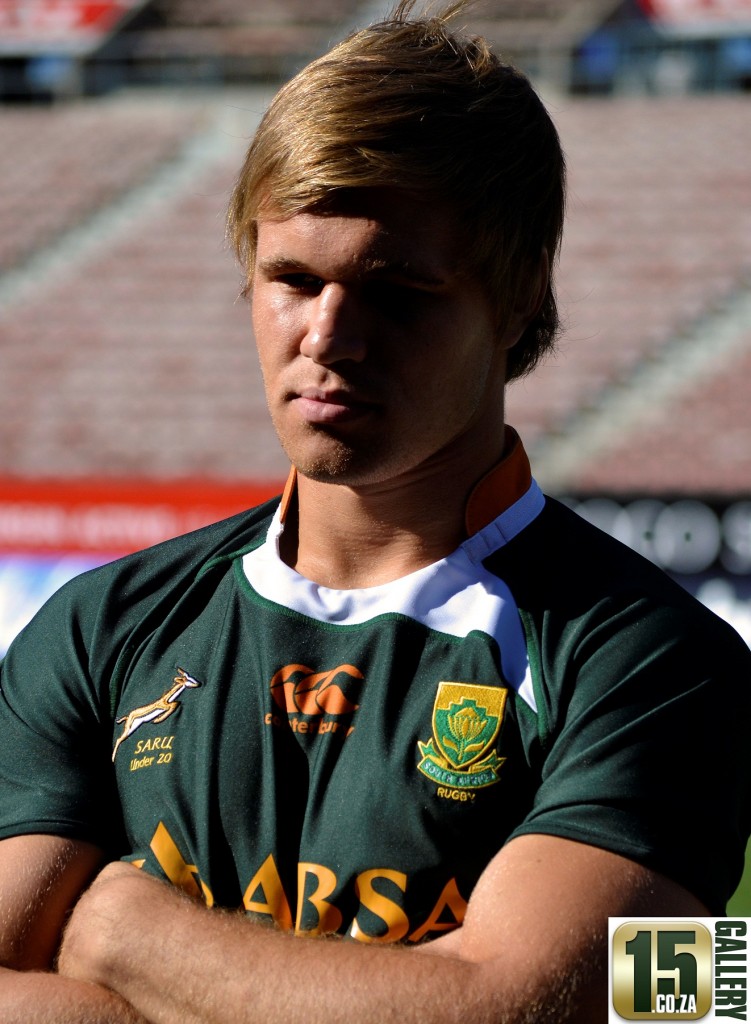 Wiaan Liebernberg returns to the starting lineup as captain for the all important IRB JWC Final against he Baby Blacks of New Zealand. Photo by Morgan Piek /Rugby15.

Junior Springboks coach Dawie Theron made two injury-enforced changes to his starting team that will play New Zealand in the final of the IRB Junior World Championship 2012 at DHL Newlands Rugby Stadium on Friday and also included fit-again captain Wiaan Liebenberg to lead the team from the side of the scrum.

Liebenberg, who missed the final pool match against England due to a wrist injury, came off the bench in the semi-final against Argentina and showed no sign of discomfort in the 35-3 win. He replaces Shaun Adendorff who moves to the bench.

Paul Jordaan and William Small-Smith, who suffered a hamstring and knee injury respectively against Argentina, will be replaced by Raymond Rhule on the wing and Kobus van Wyk at outside centre.

Rhule scored two tries in the win over Argentina after replacing Jordaan, while Van Wyk will play his first match of the tournament.

“Kobus has been part of our training squad from the start and missed selection because of injury, so it is good to have him back in the team and playing in the final. He slotted in well and I expect him to be an influential player in the final,” Theron said.

“I feel for Shaun, as he was one of our stand-outs in the tournament, but with William also out injured, we needed to have our captain back and on the field from the start. Shaun will hopefully make a significant contribution from the bench.”

“We are ready for the final. It will be a massive occasion and a huge honour for the team to contest a final in front of a home crowd. We worked very hard to get to this point and we now want to finish the campaign on a winning note.”

According to Liebenberg, the team can’t wait for the match.

“It is a dream final for us. Any match between South Africa and New Zealand is always something special and for us to play the defending champions in the final is the best challenge we could have faced. We respect New Zealand, but we have committed ourselves as a squad to become the first South African team to win the Junior World Championship. We are not backing down on that.”