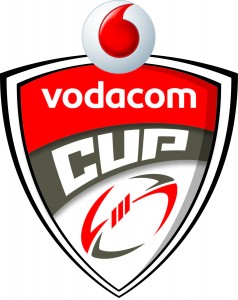 All eyes will be on Polokwane on Saturday afternoon when the Assupol Limpopo Blue Bulls make their Vodacom Cup debut, while DHL Western Province will kick off their defence of the title in Ceres.

Limpopo, which is a sub-union of the Blue Bulls Rugby Union, has been granted a place in the tournament in its own rights to help grow the game in the most northern province of South Africa. They join the 14 provincial unions, as well as the returning Pampas XV from Argentina in the tournament, which concludes in mid-May.

The team from Limpopo host the Down Touch Griffons at the Peter Mokaba Stadium in Polokwane on Saturday afternoon. It’s the first competitive rugby match ever played at this stadium, which was one of the venues for the 2010 FIFA World Cup hosted in South Africa.

The Vodacom Cup kicks off on Friday afternoon in Durban when the Sharks XV host their southern neighbours, the Border Bulldogs, at Kings Park. With former Springbok midfielder Marius Joubert a likely starter for the KwaZulu-Natalians, with the Marais-brothers, Jandré and Peet, a possible lock combination, it could be a tough start to the competition for the team from East London.

The defending Vodacom Cup champions, DHL Western Province, start their campaign in the picturesque town of Ceres against the Regent Boland Cavaliers. With the recent hot weather in the Western Cape, temperatures could be soaring in the Boland on Saturday.

The pick of the weekend’s action is probably the North Section encounter in Kimberley, where GWK Griquas, runners up in 2012, have a massive game at GWK Park against the Vodacom Blue Bulls in a replay of one of last year’s semi-finals.

Between them, GWK Griquas and the Vodacom Blue Bulls have won the Vodacom Cup seven times out of the 15 times the competition has been played. The men from the Northern Cape have won it four times (equal with the MTN Golden Lions), while the Pretorians have three tournament victories behind their name.

The Toyota Free State XV, Valke, Pampas XV and DHL Western Province have won the Vodacom Cup once each.

In the Southern Section, the Toyota Free State XV travel to George to face the SWD Eagles, while the Pampas XV, champions in 2011, start their campaign in Port Elizabeth against the EP Kings.

The other matches in the Northern Section, the Steval Pumas host the Valke in Nelspruit and the Leopards XV travel to Johannesburg where they will take on the MTN Golden Lions at Pirates Rugby Club in Greenside.

As in 2012, the Vodacom Cup will aim to provide opportunities for those less fortunate with a dedicated legacy programme in which the fundamental skills of rugby will be taught to eager youngsters countrywide.

“Tjovitjo” (meaning “it’s all good”) is a partnership between the South African Rugby Union, the TAG Rugby Association and various provincial unions in their effort to take the joy of rugby to all communities within South Africa with the Tjovitjo Legacy Clinic programme.

In order to boost rugby development and grow the game within communities, the TAG Rugby Association, a registered non-profit organization at the Department of Social Development and a SARU affiliate, will be holding focused rugby clinics throughout the Vodacom Cup tournament.

The initiative will be broken down into coaching clinics held in townships or rural areas, with the first scheduled for Ceres, where the Regent Boland Cavaliers will host DHL Western Province on Saturday afternoon.

South Africa’s 14 provincial unions, as well as debutants Limpopo and former champions from Argentina, the Pampas XV, will play in two sections, North and South, with eight teams each of the groups. All the teams will play in a single round within their own section after which the top eight sides, four from each section, will progress to the playoffs.