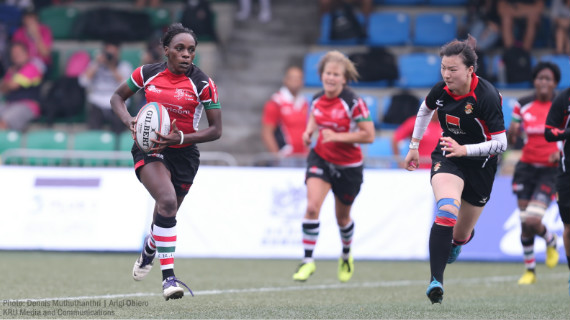 Lionesses In Pool B For Women’s Africa Cup Sevens

Kenya have been grouped in Pool B of the Women’s Africa Cup Sevens set for Harare, Zimbabwe on 18 September.

The Lionesses were Africa’s representatives in the women’s rugby sevens competition at the recently concluded Olympic Games in Brazil.

They were losing finalists in last year’s competition which doubled up as the African qualifiers for the Olympics, falling to a 7-31 final loss to eventual winners South Africa who are top seeds for the tournament.

Botswana and Zambia, the bottom two sides in last year’s competition are excluded from this year’s tournament after Rugby Africa made it an eight team tournament, down from the ten that competed last year.