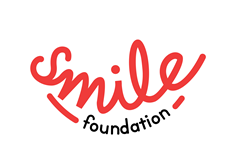 Every three minutes, a child is born with a cleft palate or cleft lip. That’s almost 27 children in your average Vodacom Super Rugby match. But this season, every South African team is doing something to ensure that these roughly 27 children per match get the care they need.

Every South African player sees a smile at the end of every tryline. And they’re doing their best to make more.

And on Wednesday, 4 April, the Emirates Lions will take this even further and spend a day with the very children they are running in tries for every single weekend.

The Emirates Lions’ players will visit the Charlotte Maxeke Johannesburg Academic Hospital to see first-hand, the difference the Tries for Smiles campaign is making in the lives of South African children.

After six rounds in this year’s Vodacom Super Rugby competition, the Emirates Lions had already raised R90 000 of their own for the Tries for Smiles campaign.

But perhaps an even greater reward for both players and children alike is that the rugby stars will, on this day, play games with and create even more smiles for children who had to endure stigmatisation and rejection because of their birth defect, and whose mothers cried tears of relief as they sent them into surgery in their young lives, and then came out with a new future before them.

“Children with facial deformities are often ostracized and their parents have long journeys to assist their children both physically and emotionally,” says Hedley Lewis, CEO of the Smile Foundation.

For the Emirates Lions players, scoring tries will never be as significant for them as it will be this season, especially not after a day spent with the children they are helping.

As a result of the support from the Vodacom Foundation, the surgery is offered free to these children and their parents. The reality though is that it can take as little as R5 500 and roughly 45 minutes to perform corrective cleft lip or cleft palate surgery.

Or just over one half of rugby and two tries – to change a life.

This season, crossing the line is taking on a whole new meaning for the Emirates Lions players.