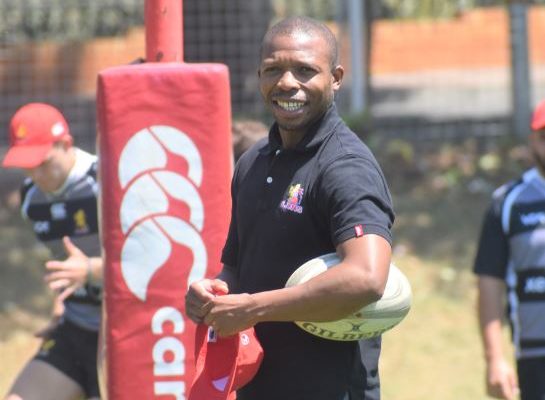 Bafana Nhleko, head coach of the victorious Xerox Golden Lions Under 21 side that won the SA Under 21 Championship at Newlands on Saturday, will join the SA Rugby coaching ranks as assistant coach to the Junior Springboks.

The Cubs beat the Vodacom Blue Bulls Under 21’s in emphatic style, taking the trophy by 58-24.

The Lions style of play and extreme fitness again made its mark in the final and it is this brand of rugby that Bafana Nhleko, head coach of the Xerox Golden Lions, will take to SA Rugby as he joins them at the end of the year.

“We are very proud of our juniors and happy to see one of our top coaches, Bafana, getting recognition from SA Rugby for his hard work with our juniors. I believe there is no doubt that he will take the Lions way of play further and ensure that more of our juniors get noticed at higher levels,” said Rudolf Straeuli, CEO of Lions Rugby Company.

The team bid farewell to their Attack Coach Herkie Kruger after the semi-final at Emirates Airline Park a week ago when the Cubs beating the Free State Cheetahs to secure a spot in the final. Kruger has joined the Ministry full-time but will stay involved.

“The Lions have always invested in top class coaches and this victory is testament to that. It is good that the Lions can bolster SA Rugby with quality coaches like Nhleko.”

Nhleko started his coaching career at the Lions in 2013 when he was appointed as the Under 19 Head Coach. He also coached the union’s Super Sport Challenge team in 2016 and 2017 while he acted as defence coach of the Under 21 side in the same years.

Nhleko thanked the Lions for their role in his growth as a coach and said he was looking forward to the next chapter in coaching career.