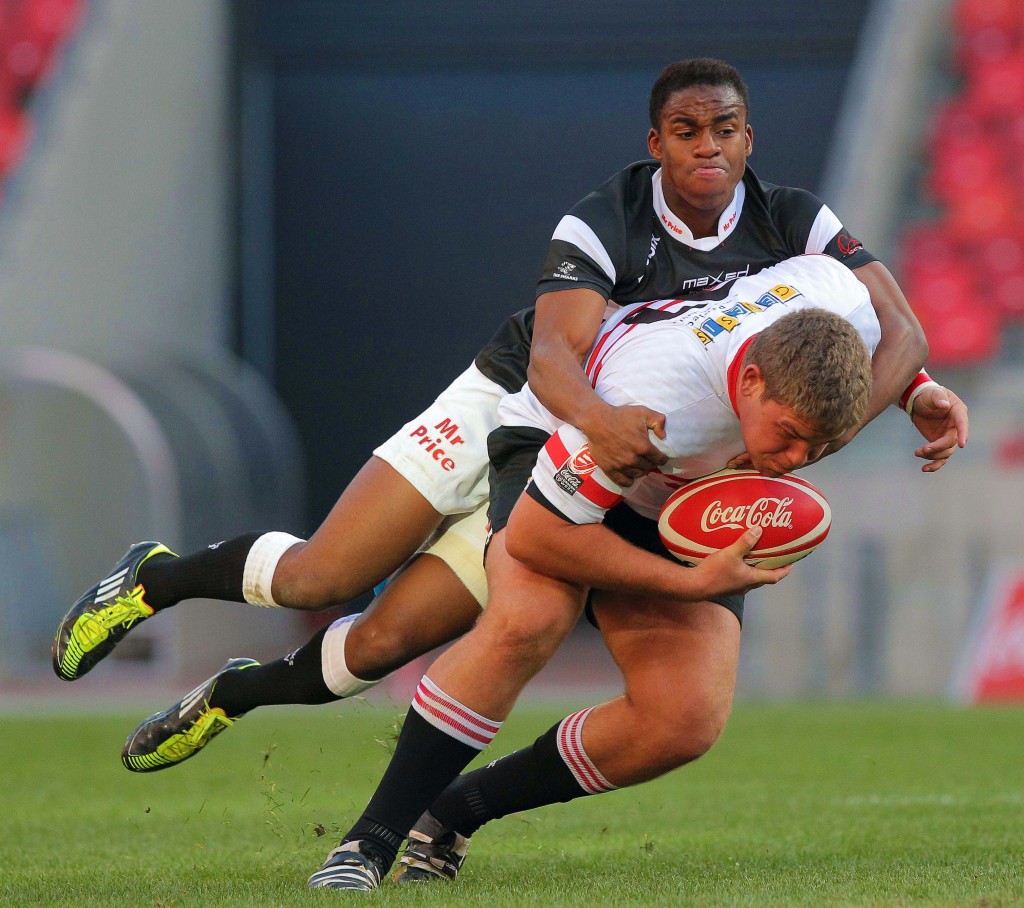 It was a real ding-dong battle between Kwa-Zulu Natal and the Golden Lions on Day 3 of the 2012 Craven Week in Port Elizabeth. Photo by Carl Fourie /Gallo.

The Lions remained unbeaten after Day 3 of the Coca-Cola Under-18 Craven Week in Port Elizabeth after tries from two of their front-rankers gave the Gautengers a hard-fought 17-8 win over KZN in the day’s main match at the Nelson Mandela Bay Stadium.

There were also wins on Wednesday for Namibia, Free State, Eastern Province and the Valke.

Much was expected from KZN and the Lions, following their impressive opening-day wins over Free State (48-24) and Border (29-14) respectively, but for much of the opening half-hour there was little opportunity for expansive play as both teams kept things tight.

A 3-3 deadlock was finally broken in the 29th minute when Lions hooker and man of the match Malcolm Marx barged over for flyhalf Jaco van der Walt to convert.

The game then sparked into life shortly afterwards when KZN fullback Jesse Kriel – one of the standout players of the tournament thus far – beat six Lions players during a superb individual run down the right-hand touchline that began near his own 22 and ended with the stocky No 15 dotting down after re-gathering his chip-ahead.

The Lions held onto their slender 10-8 halftime lead before extending their advantage to 17-8 after 52 minutes, tighthead prop Clinton Theron joining his front-row colleague Marx on the scoresheet when he crashed over underneath the posts for Van der Walt to convert.

In the main curtain-raiser, hosts EP, who beat the Valke 41-17 in their first match, had an altogether tougher assignment against Boland, running out 22-13 victors after the sides had been deadlocked at 10-10 at the break.

The Bolanders, who beat Griquas 16-12 in their opening match, scored their only try in the first half through centre Anzo Stubbs. The home side scored three in reply – two of them in the second half – through flanker Ray Williams, eighthman Aidon Davis and wing Sergeal Petersen, to run out deserved winners and stake a claim for a place in the showpiece match on the final day.