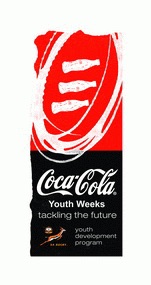 The Golden Lions emerged as the top team at the U16 Coca-Cola Grant Khomo Week at the Bridgton Sports Grounds in Oudtshoorn on Thursday after overcoming a tense battle with KwaZulu-Natal for a 31-24 victory.

Western Province, meanwhile, took the top honours at the Coca-Cola Academy Week at the Isak Steyl Stadium in Vanderbijlpark as they defeated the Blue Bulls 36-24 in the final match.

In the other big match-ups in Oudtshoorn, Western Province thumped the Blue Bulls 33-12 thanks to their hard-running on attack, while the Pumas and Boland played to a 24-24 draw and Eastern Province defeated Free State 34-17.

The Limpopo Blue Bulls, meanwhile, completed the tournament on a high note as they registered their third victory in as many games, after defeating hosts the SWD Eagles 30-17. Border and Griquas, meanwhile, remained unbeaten.

In Vanderbijlpark, Western Province scored an impressive six tries, with a hat-trick by Jean-Pierre Smith, to only three tries by the Pretoria side to secure the victory.

In the other main games the Golden Lions pipped the Free State 20-19, while SWD thumped the Griffons 38-3.

This result for SWD allowed them to complete the competition unbeaten, while KwaZulu-Natal CD, Griquas CD, and the Griffons registered a clean-sweep of victories.

KwaZulu-Natal showed their intent early on against the Golden Lions as they worked their way into the Lions’ 22m area three times in the opening exchanges. This paid off with a try in the corner by Malakiwe Zondeki in the ninth minute. But the Lions struck back with a stunning try by Travis Gordon, who dashed to the tryline and pushed off a defender to score, which levelled the scores at 5-5. The Johannesburg side again found space out wide and forced their way through the defence for two more tries to power their way to a 17-5 lead. KwaZulu-Natal, however, forced their way back with a series of pick-and-goes which allowed them to cross the line for the second time to reduce the deficit to 17-12. The Lions’ lead was short-lived as the Durban side scored another try in the minutes leading up to the break and converted successfully to take a narrow 19-17 lead going into the break.

KwaZulu-Natal dominated territory and possession in the early stages of the second half, but the Golden Lions defence denied them from crossing the tryline. In turn, meanwhile, the Johannesburg side did well to spread the ball on attack, which opened up a gap for Muzilikazi Manyike to sneak through for a 24-19 lead. This lead, however, was cancelled out minutes later as the Durban side forced their way through to the tryline once again to level the scores at 24-24. Both teams opted to kick into space in the hope of breaching the defence for a lead in the dying minutes. The Lions received a penalty soon after, but the ball hit the upright which denied them from taking the lead. The Lions, however, forced their way over the tryline in the 57th after showing fantastic patience on attack and the conversion was successful, pushing them 31-24 ahead. They held onto this lead to come out tops in the tournament.

Western Province and the Blue Bulls fought hard from the outset as both teams delivered a balanced performance with their forwards and backs making their presence felt, which resulted in a close first half. The Blue Bulls’ forwards, in particular, tried hard to stamp their authority up front and these efforts contributed heavily to their two first-half tries.

Western Province built on this in the second half as they applied pressure on attack. Their creative backs allowed them to cross the tryline after slipping through the tackles for their third time for a 21-12 lead. They added another two tries in the remaining minutes to extend their lead to 33-12 thanks to some exciting play by their backs. The Blue Bulls continued to show their fighting spirit, but mistakes at crucial times and Province’s solid defence denied them from adding to their score in the second half.

Boland started their clash against the Pumas with a bang as they scored two tries in the first 18 minutes and another in the 26th minute thanks to their impressive attack. In return the Pumas scored twice, the second try of which was on the stroke of halftime, which allowed them to reduce the gap on the scoreboard to 19-12.

Boland added their fourth try in the third quarter. But the Pumas showed their fighting spirit by stepping up their defence and showing character on attack, which earned them two tries in the last 13 minutes to level the scores.

Border took complete control of their clash against the Leopards to build up a confidence-boosting 42-0 lead at the break, as they dominated on attack and defence.

The Leopards did well to improve their defence in the second half and this allowed them to reduce Border to only one try in the second half. Unfortunately, however, they were unable to do the same on attack and had to settle for a disappointing 49-0 defeat.

The battle between Eastern Province and the Free State was epic as the teams put their bodies on the line on attack and defence. Interestingly Free State were reduced to 14 men in the 25th minute following a tip tackle, but despite this they continued to deliver a passionate performance. Both teams applied pressure on attack and managed to work their way close to the opposition’s tryline, but the defence held well, resulting in the Free State scoring the only try of the half. Eastern Province, meanwhile, opted for two penalties get on the scoreboard as they battled to breach the defence. This resulted in the Port Elizabeth side taking a narrow 6-5 lead at the break.

The second half was equally physical as the teams continued to run hard at one another, but Eastern Province managed to break through for their first try in the 34th minute, which pushed them 13-5 ahead. They again found space out wide with minutes left on the clock to stretch their lead. But the Free State hit back with a try of their own. This, however, was cancelled out as Eastern Province scored their third try for a 27-10 lead. Eastern Province, were, reduced to 14 men in the dying minutes, and with the sides equal in terms of numbers, Free State scored again, but the Port Elizabeth side bounced back immediately with their fourth try for a 34-17 victory.

The Limpopo Blue Bulls scored two converted tries and two penalties in a dominant first-half performance against hosts, the SWD Eagles. They backed up their impressive attack with a solid defensive effort, which allowed the Eagles to score only three points in the half.

SWD, however, showed their fighting spirit in the second half with Llyle Metembo scoring two tries to increase their points tally to 17. But two more tries by the Limpopo Blue Bulls took their tally for the match to four and handed them a 30-17 victory.

Griquas CD were dominant on attack and defence from the outset against Border CD as they cruised to a 19-3 halftime lead after scoring two tries in the first 15 minutes and another shortly before halftime. In return Griquas CD were only able to kick a penalty.

Griquas CD continued to take charge of the match in the second half despite Border CD tightening up their defence, which allowed them to add a converted try. This, however, proved to be the only points in the half as they shut out Border CD to deny them from adding to their three points.

Griquas placed early pressure on the Valke by stringing together phases, which allowed them to camp in the Valke’s half, and they earned the rewards with two tries in the first 15 minutes. But the Valke hit back with intent and managed to apply pressure on Griquas. Their efforts finally paid off with a try before the break, which allowed them to reduce the gap on the scoreboard to 14-7.

The Valke continued to make their presence in the second half as they dominated possession early on and this allowed them to cross the tryline for the second time to close the gap to 14-12. Griquas, however, tried hard to force their way back into the lead, and the rewards followed with their third try. The Valke refused to lie down and scored again in the 52nd minute, but the unsuccessful conversion left them 19-17 behind on the scoreboard.

The first half of the Test between Zimbabwe and Namibia was tight as the teams threw everything at one another. Such was the closeness of the first half, the only points scored was a converted try by Zimbabwe in the 23rd minute.

Zimbabwe, however, found their rhythm in the second half and added two tries to their tally, which Russel Biyason converted to take their score to 21 points. They supported this with solid defence, which limited Namibia to only a converted try for their efforts, which secured the 21-7 victory for Zimbabwe.

The clash between the Griffons and SWD Eagles XV was also exciting as the Griffons scored two tries in the first 21 minutes against the hosts, who only managed to cross the tryline once, despite trying hard to force their way in the match. This left the home team trailing 12-7 at the break.

Both teams pushed hard to gain ascendancy in the second half, and each earned a try for their efforts. But the Griffons extra try in the first half handed them an edge on the scoreboard for a 17-12 win.