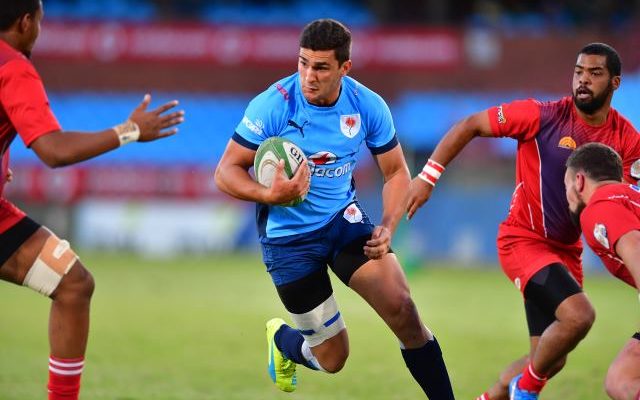 Neighbourly love will be lost this weekend with a number of derby clashes highlighting the second weekend of action in the SuperSport Rugby Challenge.

Last weekend’s action exploded onto television screens and community grounds with much fanfare and round two of this exciting provincial tournament is set to deliver another salvo of explosive rugby.

The highlighted match of the weekend will see the Toyota Free State XV kicking off their season when they host the Down Touch Griffons at home in Bloemfontein in the televised match on Saturday.

The Down Touch Griffons dropped their season opener last weekend and will be keen to get back to winning ways, but the Bloemfontein side cannot afford a slow start in what is already a highly competitive competition.

Action starts on Friday already, with the SWD Eagles hosting the EP Kings. The visitors will cross the Storms River knowing that they will be met by a fired-up home side, keen to deliver a good performance under an interim coach, Rynhard van As. The Kings showed an attacking brand of rugby against DHL WP last weekend, but the Eagles are a formidable side at home.

The tournament gets an international flavour on Saturday, with the Vodacom Blue Bulls travelling to Windhoek to face the Windhoek Draught Welwitschias.

This match will be an emotional one for Divan Rossouw, who will return to his place of birth. The utility back of the Vodacom Blue Bulls was born in the Namibian capital in 1996 and schooled at Windhoek Gymnasium, where he excelled in rugby. He represented Namibia at the 2014 Coca-Cola Craven Week in Witbank and then joined the University of Pretoria, where he is studying B.Com Financial Management.

Rossouw, who is equally at home at fullback, wing or centre, played in the midfield for FNB UP-Tuks when they won the FNB Varsity Cup presented by Steinhoff International title a couple of weeks back, but made his Vodacom Blue Bulls debut on the wing last year. He will play at fullback against his countrymen.

Not only will the Namibian defence keep a close eye on the player with a booming left boot, the national union will also be keen to see how a potential Test player for them is developing his skills.

The Steval Pumas made their intentions clear last weekend, beating the Vodacom Blue Bulls in Pretoria, so they will be keen to impress the locals at KaNyamazane in Nelspruit. They host the Xerox Golden Lions, who will be playing their first match in the competition after a bye in the opening round.

In Kimberley, the Tafel Lager Griquas await the Leopards, who will start the three hour trip from Potchefstroom with some confidence after winning away to the Down Touch Griffons last weekend.

The home side, however, also comes off a very impressive win, beating the Cell C Sharks XV in Durban last weekend. This encounter is the main game of the Wildeklawer Schools Festival on Saturday at the Diamantveld High School Grounds and a very good crowd is expected.

In the final match of the weekend, DHL Western Province will host Border at City Park in Cape Town. The men in the blue and white hoops laid down an early marker in the Southern section of the competition by beating EP Kings on Sunday but will be wary of the attacking threats posed by the Bulldogs, who came from behind to beat Boland at Wolfson Stadium in the opening Rugby Festival.

This week Boland, the Hino Valke and the Cell C Sharks XV have byes.

The SuperSport Rugby Challenge fixtures for the weekend are: