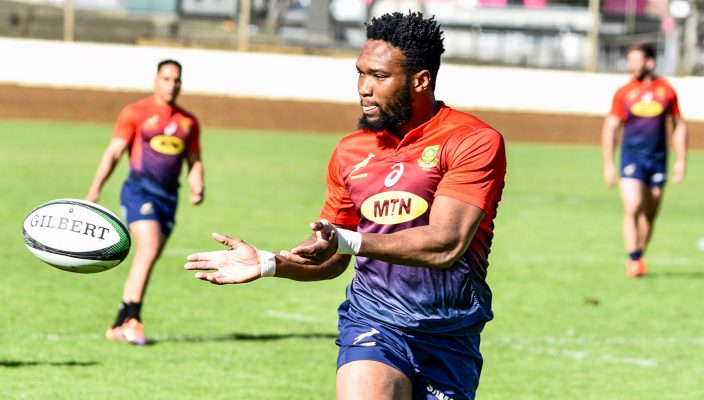 LUKHANYO AM COMMITS TO THE SHARKS UNTIL 2025

The Sharks are delighted to announce that our captain Lukhanyo Am, has extended his contract with the Union for a further three years, until 2025.

As a key member of the squad, this contract extension underlines his commitment to be part of the franchise’s long-term vision and goals.

A Rugby World Cup winner and considered by many to be one of the best centres in World Rugby, the long-serving member of the Cell C Sharks’ squad made his debut for the side in 2016. His commitment to The Sharks until 2025 is proof of his belief in the franchise’s plan for the future and his dedication to winning trophies with the team.

The Sharks have made no secret of their aims of becoming the most successful club team in world rugby and the long-term commitment of players like Am and others demonstrates the attraction that these goals present to players, who want to be a part of something special in a team where a strong culture and a winning mindset remains at the fore.

“Building a world class squad that fights for success and performs with distinction is all about identifying talent, recruiting where necessary and above all, retaining your top players,” explained The Sharks CEO Dr Eduard Coetzee.

“We are thrilled that Lukhanyo has thrown his full support behind what we at The Sharks are trying to achieve and he has committed his substantial abilities and player excellence to The Sharks for the next three years. His contribution to the Cell C Sharks has been phenomenal and we look forward with eager anticipation to the next few years with him as an integral member of the team.”

“At The Sharks, we want to provide our players with opportunities, be it bringing in new players or those already in the system,” Coetzee added.

To this end, Am has been granted a brief sojourn from his commitments with the team, as he takes up a short-term stint at Kobe Steelers in Japan for two months, as from next week. The two-month stint does ensure that Am will be back in time for the Vodacom United Rugby Championship play-offs, should the Cell C Sharks progress to the qualifiers.

This short-term release was afforded to Am based on his current commitment to the team, both in the past and for the future.

In Lukhanyo’s absence, we are fortunate that our inspirational World Cup winning national captain, Siya Kolisi will take over the captaincy role and will be ably supported and assisted by Thomas du Toit, who is himself a key and respected leader in our team both on and off the field.