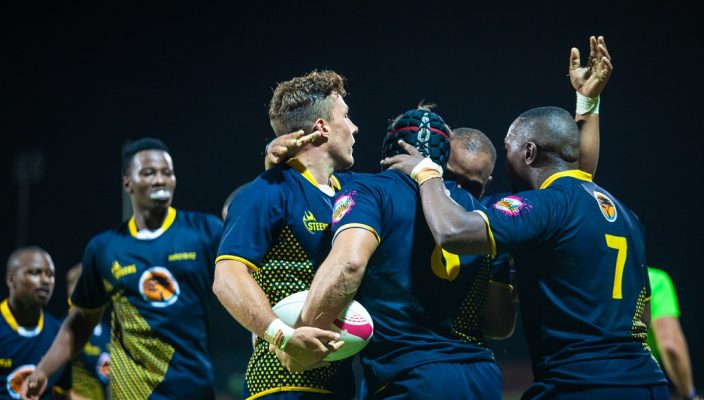 The FNB Madibaz rugby team are determined to maintain as a high a standard as possible as they seek to make an impact in the FNB Varsity Shield competition this season.

In a tough clash in East London on Thursday, the Nelson Mandela University side registered their second successive win when they defeated Walter Sisulu 32-3.

They will now regroup for the final match of three during an intense opening week in the competition when they play Rhodes at the Madibaz Stadium in Port Elizabeth on Monday (6.30pm).

Madibaz skipper Riaan Esterhuizen said they had achieved their goal after also collecting the full five points against Cape Peninsula University of Technology on Monday.

“We knew it would be a scrappy type of game and we prepared ourselves for that during training,” he said.

“We are just glad to come away with five points from the match.”

He added that they were focused on maintaining their standards after being relegated from the Varsity Cup last year.

“We have spoken about making sure we do not drop our standards at all,” said Esterhuizen.

“We want to play to get back into the Varsity Cup, and even though it will take us two years to achieve (as per the Varsity Cup promotion/relegation criteria) we need to find consistent style of play as some of us may be leaving this year.

“We just want to keep playing well because the ultimate aim is to get back into the Varsity Cup.”

Madibaz produced the Player that Rocks in fullback Simon Bolze, who went over for two tries as the PE team took control in the second half.

After trailing 3-0 for most of the first half, Madibaz led 12-3 at the break and then stepped up the pace in the last 20 minutes, crossing for four more tries.

“We knew it was going to be tough because Walter Sisulu are a quality side,” said Bolze.

“It wasn’t that easy playing into the wind in the first half, but in the second half we opened it up and are proud of our efforts in the end.”

Another Madibaz player, wing Josiah Twum-Boafo, took the Steers Kinging Moment award, also crossing for two tries. He said the result was reward for the efforts they had put in during the build-up to the competition.

“It was a very tough game and it’s good to get the win under the belt,” he said.

“We have worked very hard for this and the preparation we did in our pre-season training programme is starting to pay off.

“Now we are looking forward to our next game [against Rhodes].”