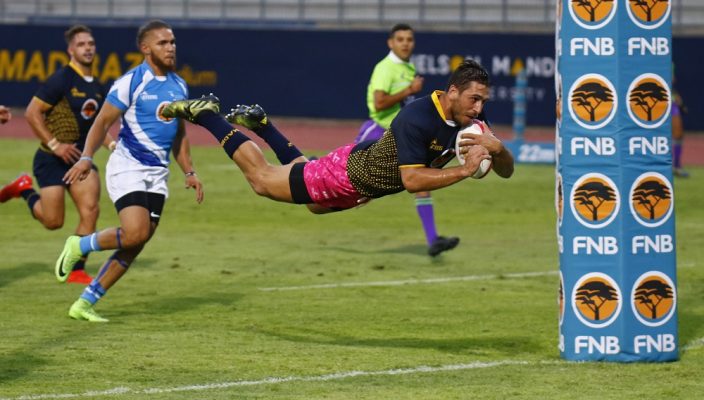 Madibaz rugby coach Jarryd Buys is buoyant after getting five points from their opening FNB Varsity Shield game in Port Elizabeth, but says they realise a tough challenge lies ahead for the team.

The FNB Nelson Mandela University side defeated Cape Peninsula University of Technology 38-21 at the Madibaz Stadium on Monday, achieving their goal of collecting the full five points.

Now they must turn their attention to a testing period when they travel to East London for tomorrow’s clash against Walter Sisulu University at the Buffalo City Stadium (7pm).

That will be followed by their second home game on Monday when they host Grahamstown rivals Rhodes.

Happy with the start, Buys said the team knew they needed to stay focused.

“Now we must turn our focus to the next couple of games because this is going to be a tough week.

“It will be a big one on Thursday because Walter Sisulu had a good win [36-22] over Fort Hare last night,” said Buys.

“The whole Eastern Cape derby on Thursday [Rhodes play Fort Hare in the early game], with televised games, is going to be something these guys have not experienced before.

“There is going to be an awesome atmosphere and Walter Sisulu do a form of the haka. So there will be a lot of hype and we need to be prepared for that.”

He added that their priority would be to make sure they did not deviate from their game-plan.

“Unfortunately when we conceded tries against CPUT it was because we were trying to play a different game, which allowed them in.

“That is one of the main things we need to learn from Monday’s game because most of our opponents will try to play a similar pattern, taking quick taps and the like.

“We need to look after our discipline to stop conceding too many penalties, and then we need to react quicker to situations when they attack.”

Among the positives Buys took from Monday’s game were their set-pieces and a sound defence.

“I felt we did brilliantly in the set-piece plays because we scored two first-phase tries and that is always a positive thing.

“In addition, our defence was rock-solid. The tries they scored were from quick tap penalties and counter-attacking and we obviously have to watch that. But they didn’t break down our defence, which was good.”

Thursday’s match will be televised live on SuperSport.