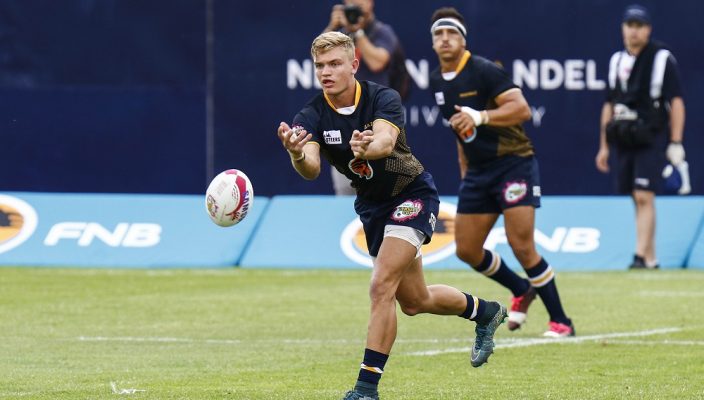 Madibaz determined to keep on fighting

Despite losing their third match in a row, FNB Madibaz rugby captain Riaan Esterhuizen says the mood in their camp remains positive and they will continue to fight hard in the Varsity Cup.

The Nelson Mandela University side suffered another close defeat this week when they went down 32-29 to Wits at Madibaz Stadium in Port Elizabeth.This comes after a nail-biting 38-37 loss to Central University of Technology in Bloemfontein last week.

Now they are gearing up for another home game, against NWU-Pukke on Monday, starting at 6.30pm.“We did target wins in our opening games, but even after last night’s result the mood in our squad and the culture of never giving up is still there,” said the midfielder.
“Obviously it is tough having three losses, but the team have a great fighting spirit and we will keep on going until we crack that first win.”

Esterhuizen said he felt they still needed to work on controlling possession when they were on the attack.

“We are getting to the stage where 50-50 passes are being made when we are trying to spread the ball wide.

“That often ends up in us losing the ball too easily, so we just need to look after our possession a bit better.

“There were a couple of times against Wits last night [Monday] when, if we had just held onto the ball for a few more phases, we would have been in a good position to score.

“We are just coughing up the ball at crucial moments.”

The former Daniel Pienaar pupil said he was enjoying his role as captain and felt he had the support of the team.

“The guys are fighting hard and it’s a matter of keeping them motivated as well as setting an example on the training field when we are preparing for the next game,” he said.

“The fighting qualities in the team make my job a lot easier.

“Our focus is now on Pukke and what they will bring to the game. We are taking it match by match and not getting ahead of ourselves in any way.”

He felt the competition remained one where any team could win on any given day.

“Often it’s about the bounce of the ball and any team can rock up and have a massive performance.

“We are looking forward to having the backing of our home fans on Monday.

“It is a long season and there is still time to turn things around. The guys are ready to fight all the way.”