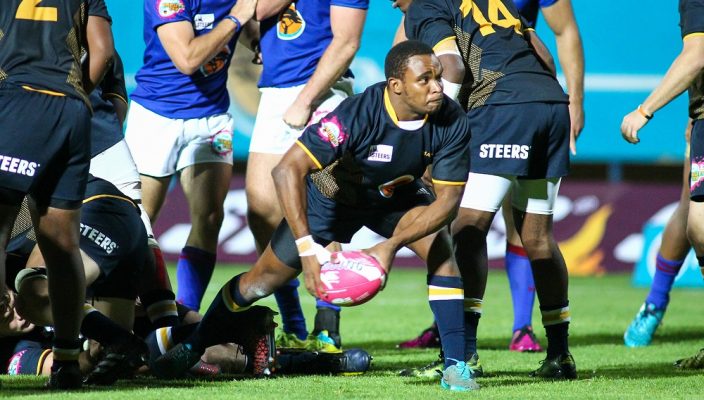 Madibaz have a last throw of the dice

The FNB Madibaz rugby team are fired up for one final throw of the dice when they play their last league game in the Varsity Cup this year in Pretoria on Monday.

Up against UP-Tuks, Nelson Mandela University captain Riaan Esterhuizen’s outfit know that this is their last chance to salvage something from the season.

Without a win in seven matches, Madibaz find themselves at the bottom of the log, but they could still avoid automatic relegation to the Varsity Shield if they pull off victory on Monday.

They are three points behind Central University of Technology and a win over UP-Tuks could see them move into second from last, provided CUT don’t win their final game against Bloem rivals Free State University.

It has been a frustrating season for Esterhuizen and his charges, exemplified, he said, by their most recent match against Free State, which they lost 28-22.

“We were 7-0 down early on but then we started to play in the right areas of the field and they could not absorb the pressure,” said the midfielder.

“We started to accumulate points through two tries, one of which was a nine-pointer, and a penalty to lead 19-7 at halftime.”

However, he added that a yellow card had put them on the back foot in the second half.

“In addition, on our power play we couldn’t manage to get the scrum under control on our ball, so that cost us dearly.”

Esterhuizen said the team knew there were some important factors riding on their match against UP-Tuks.

“The future of the squad is at stake and we have spoken as a team about the issues that are involved,” he said.

“We are definitely fired up to break through for that first win this season – the guys are really hungry to achieve that.

“It has been frustrating because we have been competitive in many of the matches, but we have just let ourselves down with some discipline [lapses] at crucial stages.”

UP-Tuks, perennial title contenders in the competition, have not had a good season, winning just one of seven matches so far.

“I think they went through a number of changes in their set-up which influenced their early results,” said Esterhuizen. “But they have improved, with a win and a draw in their last two matches.”

He added, however, that their attention would be on their own game, not getting caught up too much in what challenge UP-Tuks might present.

“We are just going to focus on what we need to do. We want to fix our discipline and the little mistakes that creep into our play.

“I believe if we can do that, we have the ability to get the right result.”