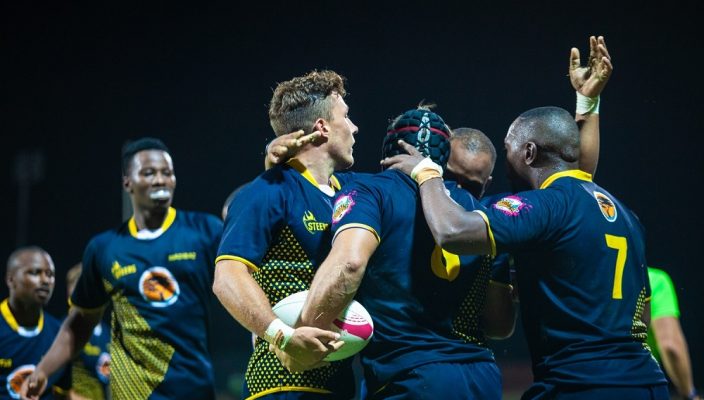 Madibaz primed for their return to the Varsity Cup

The FNB Madibaz rugby squad are facing a Varsity Cup with a difference but are committed to making their mark when the tournament kicks off early next month.

The Nelson Mandela University outfit have returned to the top-flight after spending two years in the Varsity Shield tournament, gaining promotion following the truncated 2020 edition.

Under the guidance of new coach Andre Tredoux and his assistants, Lubabalo Lento and Luvuyo Mhlobiso, the players are looking forward to proving themselves at the highest varsity level.

This year’s tournament will take place at University of Pretoria where bio-secure bubbles will be created.

“We will play three games in seven days and then return to PE for a week, and then repeat the cycle to complete the nine pool games,” said Tredoux.

After several months of conditioning, the coach said there was “a positive vibe in the camp”.

“Over December and January we worked very hard on our fitness and due to Covid regulations the players had to do it on their own,” he said. “We have been hugely impressed by the improvements.

“This month we are working on skills and more fitness, and are a week into the contact phase of the preparations. The players are really working hard.”

The Madibaz mentor added he was pleased with the players’ attitude.

“The guys have responded well and I can see everyone is excited to be training and they are enjoying what they do.

“As a team we want to establish Madibaz as a Varsity Cup brand of the future and our expectations are to be competitive in every game.

“We know it will be a tough challenge, but we will focus on sticking to our processes as we aim to make the university proud.”

“We want to be seen as a team rather than individuals but Luyolo (flank), along with Temba Boltina (hooker), Aya Oliphant (centre), Gavin Mills (scrumhalf) and Tiaan Schutte (centre), will be some of our key players,” he said.

Assistant coaches Lento and Mhlobiso have played important roles in the players’ preparations.

Lento pays attention to the scrum, team skills and defence, while backline coach Mhlobiso focuses on, among other things, strike moves and counter-attacks, game-specific planning and decision-making.

“Of course, it’s a team effort so I work hand-in-hand with the other coaches and we share all the responsibilities,” said Lento.

“We’ve sat down as a coaching staff and set our team’s goal to finish in the top six.

“Seeing the players working hard and wanting it so much, it makes you realise that we have something special and we want to create good memories.”

He added it was a privilege to work with the student-athletes.

“They’re always willing to learn and they also bring the best out in you because they ask questions and want clarity in everything.

“That helps because you’re able to see who understands and who doesn’t, and you help them out.”

Mhlobiso said the response from the team had pleased him the most.

“The way we have just come together and the buy-in from the players for what we want to achieve has been phenomenal,” he said.

“Varsity Cup is a great platform for any coach or player to showcase your skill in the game.

“As a collective, we are going to embrace any challenge in our path and we are looking forward to the opportunity to show what we can do.”