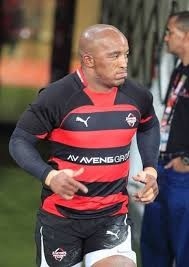 Eastern Province Kings rugby stalwart, Siyabonga Tiger Mangweni, has moved across from the field of play to the coaching staff structures.

EP Rugby CEO, Charl Crous, confirmed that Mangweni, who played for the Southern Kings in the British and Irish Lions tour in 2009 and who has been a key player for the EP Kings since 2010, would be moving across to the coaching team, where he would assist with the defensive structures.

Crous said Mangweni, aged 34, would hold the defensive coach position for the Vodacom Cup, and would assist with defensive coaching within the various other EP Rugby structures.

“He’s been fighting in the trenches for Eastern Province Rugby for a number of years and I’m sure that there are a number of 12s and 13s out there that are really glad that Tiger is hanging up his boots and is exchanging it for a whistle,” he said.

Crous said, due to the lack of a defensive coach in the EP Rugby structures at the moment, as Michael Horak would only be joining EP Rugby after the Varsity Cup, Brendan Venter had attended a training session yesterday (SUBS: January 6th, 2014) where he had assisted Mangweni with aspects of defensive coaching, kickstarting his coaching career.

“We welcome Tiger to the coaching structures and wish him all of the best going forward,” said Crous.

Mangweni said it had been tough for him to make the decision to move across to coaching, as he would not be able to join his teammates on the field during games anymore, but that it had been a decision that he had been thinking about for quite some time.

“Because of my age as well, I think it is about time now, I knew that this time would come and I am looking forward to the new role,” he said.

Mangweni, who played the majority of his career at fullback, said his move to centre three years ago had been a challenge, but had given him the opportunity to work on his defence, as he had more contact with opposition players.

“I think the move from Fullback to Centre came out of the blue, but it also helped as I was starting to lose some of my pace,” he joked.

Mangweni, who has played 208 professional games in his career, said that while there was never a right time to stop playing, he felt that he was ending his playing career on a high, having been named EP Rugby’s player of the Year for 2012 and being nominated as a contender for SA Rugby’s Player of the Year for the 2013 ABSA Currie Cup 1st Division season.

“The defence structures are really just his entrance into the coaching system,” he said.

EP Kings captain, Luke Watson said from a players’ point of view, Mangweni had nothing but their undying support and said the team was very excited to be coached by Mangweni.

“We think that having someone like Tiger, not only the rugby player but the person, pioneering and leading the EP Kings and developing the talent coming through, just makes sense on every possible level,” he said.