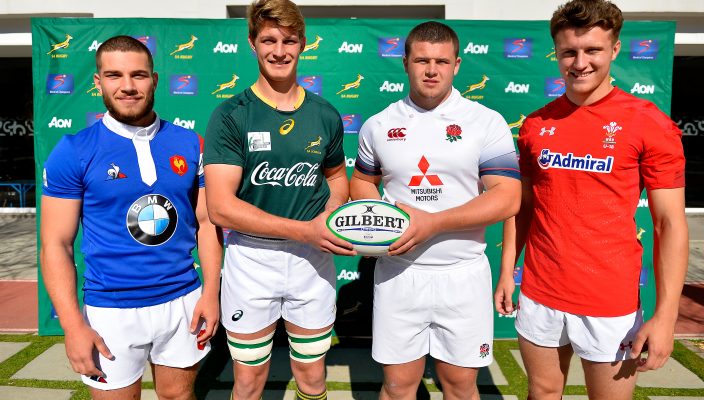 Muzi Manyike will lead the SA Schools from outside centre at Boland Landbou near Paarl when they get their Aon Under-18 International Series underway against Wales on Friday. England face France earlier in the day in the four team series.

Lock Adrian Alberts, named as captain of the SA Schools team for the series, will not be in action due to a slight strain. Hooker Jean-Jacques Kotze was named as Manyike’s back-up for this match.

Manyike, head boy of Jeppe Boys’ High in Johannesburg, represented the Bidvest Walton Golden Lions at the Coca-Cola Under-18 Craven Week held in July and according to SA Schools Head Coach, Sean Erasmus, was named in that position for a particular reason.

“We looked at the squad and where our strengths are and picked particular players in positions where they will help to boosts those good attributes,” said Erasmus.

“We feel that our outside backs and back three hold some attacking threats and would like to use that to our advantage.

“Muzi will play an important role in that regard, not only as captain, but as communicator in that role.

“We want to provide a framework within which the team must play, but we also want the players to express themselves in the process. We had a limited number of days together as a team, so we focussed on the basic structures and fundamentals,” he explained.

“The guys come from different schools and rugby philosophies, so our challenge will be to create a culture within the team and for the players to understand their responsibilities in the team.

“Every player needed to adapt and it will be exciting to see how they adapt. In the bigger scheme of things, we also want to see these players progressing through the ranks to the Junior Springboks and this will be an important first step to gauge them against international opposition.”

According to Erasmus, they are looking to give every player a good run over the three-match campaign. They expect a tough assignment against Wales.

“They have the benefit of regular tournaments and competitions, so will be able to function as a team from the start,” said Erasmus.

“We realise that, so we need to counter that with our strengths, like our speed and skill.”

A 12-man bench is allowed during the Aon U18 International Series.

The SA Schools starting team is:

The replacements are (from):

The Aon u18 International Series fixtures are: