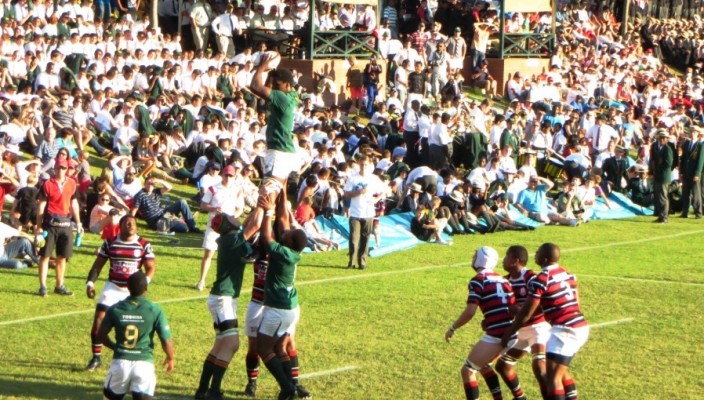 Many people thought of this match as, the clash of the titans, to determine the top school boy team in KZN.

Also, the expectations were high because of it being Maritzburg College 150th reunion celebration.

It was always going to be a tough match for the Glenwood boys, playing on Goldstones against a determined team is never a small task.

In front of a 12000-15000 strong crowd, international Referee, Craig Joubert, got the game underway.

The first points came from a penalty awarded to College after a Glenwood player was blown for not rolling away. 3-0 after one minute.

The next four minutes saw another 12 points , both resulting from pointless kicks up the field straight into the hands of the oppositions attacking back lines.

First to score was Vermaak of Glenwood who went over in the left corner, after a dazzling display of rucking and passing.

Two minutes later, after receiving a misguided up and under, the college boys ran hard and fast. After cutting through the opposition from inside their own half, Elder found himself with room, he side stepped his way past a few tackles and scored a magnificent try. 10-5

It would be another eleven minutes of insanely fast rugby before the scoreboard moved again. College forwards gave away a penalty for not staying on their feet. This set Glenwood fullback, Vermaak up to slot the 3 points. 10-8

The next try was scored after a few long passages of uninterrupted play, the longest lasting over two minutes. Two minutes without the whistle being blown is a long time in rugby and if you are a forward trying to keep up with play it is even longer.

I am truly amazed at how fit these players seemed to be. You would have expected them to be flat on their backs gasping for air like fish out of water. The try was scored by Joubert of Glenwood who intercepted a long pass between the college centres. 10-13 Glenwood take the lead for the second time this half.

The restart was in my opinion the game changer. Glenwood’s centre ran through College from his own 22 all the way to Colleges 22, where he was stopped unceremoniously by a very dangerous looking tip tackle. Ref Craig Joubert was right in sending the College fullback off with a red card.

This left College with 14 men for around 38 minutes to go. Glenwood promptly converted the penalty to extend their lead 10-16. After another amazing passage of play started by extremely talented number 8, Goodsen, College won a penalty.

Captain Buthelezi promptly picked up the ball, tapped it and crashed over the line to score a converted try, taking his team into the break with a 1 point lead. 17-16

After that epic first half I was expecting a slower paced second half. From the kick off Glenwood’s fullback split the College centres and made a huge amount of ground only to be stopped once again by some amazing defence.

College turned over the ball and made back the ground they had just lost, resulting in a lineout.  From here College were awarded a penalty for off sides and slotted another penalty. 20-16

When college fumbled yet another ball from the kick off the quick thinking Backline from Glenwood hit back immediately with a converted try. 20-23 Two minutes later Glenwood went over again with another well worked try.

This was running rugby at its best with last minute off loads, hard tackling and pure determination. 20-30

College didn’t roll over and go to sleep. They hit back hard with well co-ordinated pick and go drives.

The support was there and the forwards worked well to make sure their prop crossed the line to score the seventh try of the day.25-30

A few minutes later College were awarded another penalty which was in kicking distance. 28-30

The move for the next try started from a 22m drop out, after a missed penalty by College.

College ran the deep kick back at Glenwood who turned it over and before anybody could figure out what was happening the ball was out and over the line 28-37.

With ten minutes left College scored yet another cracker of a try. The forwards worked through the phases, wearing the Glenwood defence down. They then let the ball work down the line. Eventually it was the lock that crossed the line next to the posts. The conversion made it 35-37.

What followed had to be the play of the day. With only four minutes left the large crowd erupted with a roar as the College wing found himself with the ball in his own 22 and a huge space in front of him.

He pinned his ears back and went hell for leather down the line, cutting inside to find support. It was Goodsen, my man of the match, who eventually muscled his way over the Glenwood line to score the tenth try of this amazing match. 40-37.

This was the 6th time the lead had changed in this match.

With the seconds ticking away Glenwood won a penalty in the College 22. The Glenwood skipper chose to kick for touch and play for the win.

After winning their own lineout, the Glenwood backs, swung the ball wide to score the match winning try in the far right hand corner of the field.

As soon as it was converted the whistle blew and Glenwood had just won an epic match that will be remembered for years to come.

My match thoughts: It was a ding dong battle from the off, with the ball being swung from hand to hand at such an amazing rate.

They used every centimetre of that field and the calibre of rugby displayed was mind blowing. I overheard a supporter saying to his friend “I would love to ask Craig Joubert if he found this match harder to ref then super rugby? Because I have never seen a match played at this pace in my life”.

The ref managed the game extremely well and his experience showed. It has to be said that his reading of the breakdowns made this game.

Every single person that watched the game will have the memory of this game etched in their minds for many years to come.

It is not often you see the losing supporters with huge smiles of delight on their faces. Still today I found myself smiling as I was recalling the moments of the game to write this.

Well done to all involved, every single one of you should hold your head high. 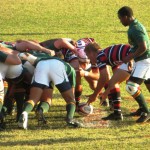 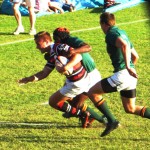 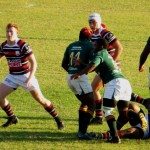 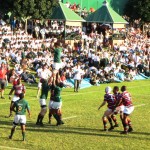 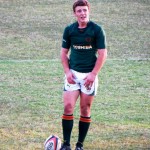