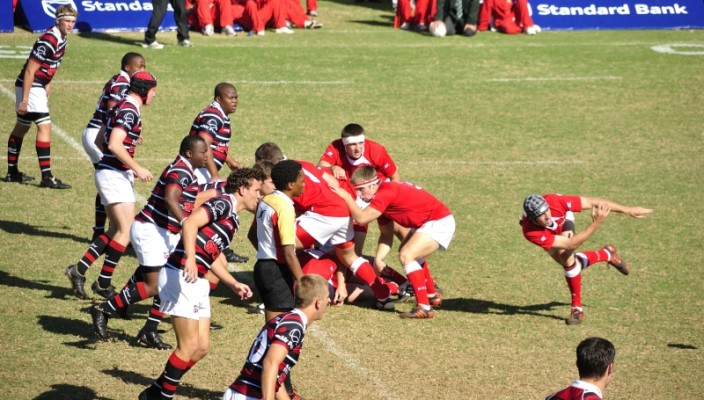 JOHANNESBURG, 16 May 2013: Maritzburg College will play KES on Saturday 18 May 2013, in the next Mutual and Federal Premier Interschools, televised LIVE on SuperSport HD1 on Channel 211 at 2:55pm. The match will be played at Goldstones, Maritzburg College’s home ground. The repeat broadcast will be Sunday 19 May at 8:30am on SS1

TEAM PLAYERS FOR THE GAME ON 18TH MAY

Premier Interschools has secured the final sponsor for the series, in the form of a Waltons, Mondi, HP consortium. Offering the widest range of office products available, from Stationery and Technology to Office Furniture, Optiplan Filing and Catering & Hygiene products for corporate customers. Waltons is dedicated to breeding success. Committed to providing tools for growth, the scholastic market is an important focus for the company. In the context of supporting education and youth development, Waltons is proud to bring the highly successful brands HP and Mondi to the Premier Interschools series. All three brands are highly relevant to the Premier Interschools target audience and we trust that the support of these brands will go a long way in building this important top flight schools rugby platform, showcasing schoolboy rugby at its best and inspiring other young players around the country.