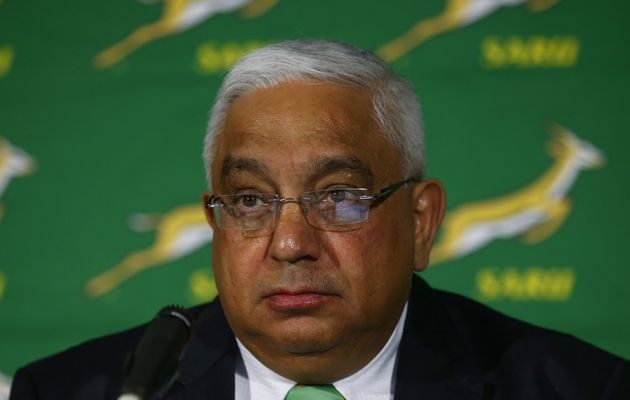 Mr Francois Davids was also re-elected in the role of deputy president for a two-year term, having been opposed by Dr Jan Marais of the Griffons Rugby Union.

Mr Hein Mentz (president of the Mpumalanga Rugby Union) and Mr Lindsay Mould (a former president of the Free State Rugby Union) were also elected to four-year terms as members of the Executive Council. They replace Mr Boet Fick (who stepped down) and Mr Vivian Lottering, who stood for re-election among six candidates for the role. The other candidates were: Mr Arthob Petersen, Mr JJ van der Mescht and Mr Thelo Wakefield.

Mr Alexander thanked the General Council for their vote of confidence and said that he believed that continuity was good for the union.

“We are all very aware of the tough period that South African rugby has been through since 2016 when we endured what we refer to as a perfect storm, but I believe we have turned the corner.

“We embarked on a turnaround strategy to get our organisation back on track and we now have some continuity to deliver that strategy. We knew from the onset that this would not be a quick-fix, but a committed two and a half year strategic process.

“But people judge us only on the performance of the Springbok team – we know that and we accept that. I believe that we are going in the right direction under the auspices of our new director of rugby, Rassie Erasmus, and that we will see the results on the field in due course.”

The Springboks play their first Test of the year against Wales in Washington DC, USA, on 2 June, 2018.