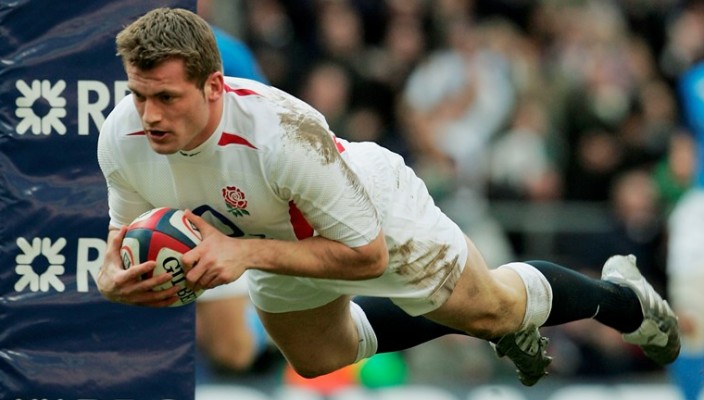 Cueto was made a Member of the Order of the British Empire (MBE) while former Rugby Football President LeRoy Angel and Lymm High School stalwart Len Davies were awarded British Empire Medals.

Cueto was capped 55 times by England and once by the British & Irish Lions, scoring 20 Test tries, while he is the Aviva Premiership’s top try scorer with 90 for Sale in 218 league appearances over 14 years. He famously had a try disallowed in the 2007 Rugby World Cup final between England and South Africa.

Angel (pictured, right) has given 35 years of voluntary and unpaid service to the game at local, regional and national level and is currently Chairman of the Rugby Football Union Foundation Trust (RFF), which offers grants and loans to enable clubs to apply for funding for facilities.

The former Hampshire wing became an accomplished administrator and turned his architectural training to the service of rugby, playing a key role in advising the RFU in its development of the Twickenham Stadium, including the re-building of the South Stand.

Davies, a teacher at Lymm HS since 1977 who awarded Cueto his first cap for Cheshire when he was coaching the county side, has been rewarded for services to rugby union in the North West through the development of and participation in rugby at school, regional and national level.

He has held numerous positions with Cheshire and North rugby and his contribution to the community of Lymm and beyond is widely regarded.

RFU President Jason Leonard said: “I’d like to congratulate Mark, LeRoy and Len on their awards. They have all given service to their clubs, county and country over many years and for them to be recognised in the New Year’s Honours is testament to that selfless giving.

“Rugby and sport relies on such servants and they are great examples to us all.”