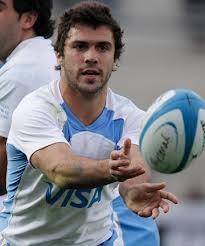 Martin Landajo of Argentina has been cited for alleged foul play during a Rugby Championship match at the weekend.

Landajo is alleged to have contravened Law 10.4 (b) Stamping or trampling when he made contact with Australian winger Adam Ashley-Cooper and hooker Saia Faingaa at a breakdown. The incident occurred in the 58th minute during the match between Argentina and Australia played at Estadio Gigante de Arroyito in Rosario on Saturday 5th October 2013.

The referee for the match: Wayne Barnes spoke to the player after awarding a penalty for a tackle infringement.

The Citing is to be considered in the first instance by SANZAR Duty Judicial Officer Nigel Hampton.