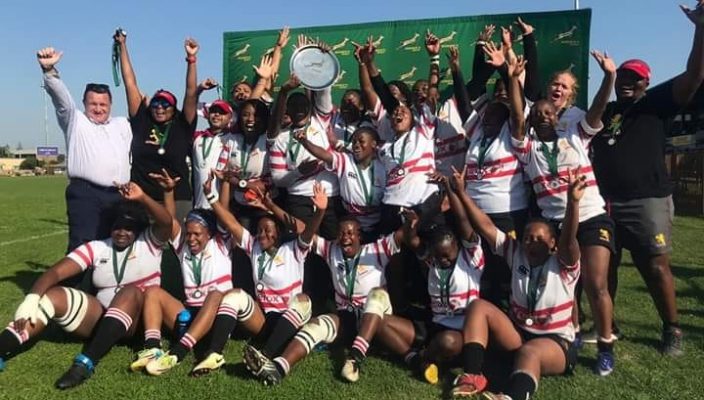 Mastercard today announced its sponsorship of the Golden Lions Rugby Union (GLRU) amateur women’s club league and senior women’s team – a step in line with its continuous commitment to champion and develop women’s rugby in South Africa. This support sends a powerful message for gender equality in sports and demonstrates a continued focus on gender balanced marketing.

The amateur women’s club league comprises 12 teams that will compete in the newly named Mastercard Pirates Women’s Grand Challenge. Mastercard’s sponsorship will deliver full playing kits, training equipment and on‐field markers. Chanel Alberts, a GLRU coach, will engage various players from Gauteng as she hosts a series of virtual coaching clinics to keep players motivated while they continue to train at home. The focus will be on both physical and physiological capacities for optimal performance,
including factors such as strength, power, speed, agility and fitness.

“At Mastercard, we have made gender equality a central, guiding theme, not only in our own diversity and inclusion efforts, but also in our business strategy. We are excited to sponsor the Golden Lions Rugby Union women’s league and senior women’s team, as part of our broader commitment to levelling the playing field everywhere. By investing in and developing women’s rugby at a grassroots level, we are able to directly contribute much needed resources where we can make a significant difference, while
raising the visibility and appeal to a broader range of fans and enthusiasts, and inspire more women to play the game,” says Suzanne Morel, country manager at Mastercard, South Africa.

According to World Rugby, women’s rugby is one of the fastest growing team sports in the world, with more than 2.7 million women and girls playing the game. This growth is also reflected in the GLRU, which has seen the number of senior players grow by 118 percent since 2015, while junior teams increased by 364 percent in 2019 compared to 2015.

“Grassroots women’s rugby is growing at a phenomenal rate, both from a player perspective and from the fans who watch the game. Sponsorship from a reputable international brand like Mastercard brings instant recognition to our League and helps us make the game more inclusive and accessible to everyone. It is respected and influential; qualities that also apply to rugby. Such support adds a layer of security to players’ concerns, knowing that there are resources to help their game develop, and to
ensure excellent support,” says Neville Jardine, President of the Golden Lions Rugby Union.

Mastercard’s new sponsorship, which is an integral part of its ‘Start Something Priceless’ platform, builds on the company’s passion‐led strategy that aims to inspire people to follow their passion or purpose. Last year Mastercard unveiled a Priceless Surprise where its Rugby World Cup 2019 ™ ambassadors, Bryan Habana and Dan Carter, treated the Pirates Women’s Rugby Club in Johannesburg to a priceless talk and field coaching session. This was so well received that the company sponsored the Pirate’s Women’s Rugby club to participate in the 50th Dubai Rugby 7s Invitational Tournament in December 2019, where the team got to compete in their first overseas tournament.

“Rugby inspires a sense of belonging, and sisterhood that is empowering to women, creating a sense that you are part of something that is bigger than yourself. Mastercard’s sponsorship is not only a positive step for the Golden Lions Rugby Union but is great for every woman in South Africa who is playing rugby. Through their support, we can develop and advance our game, while helping to build a more inclusive future where girls have equal opportunity to follow their passion, and build professional careers,” says Piwokuhle Nyanda, Springbok and Golden Lions Women’s Rugby Player.

About Mastercard
Mastercard (NYSE:MA) is a global technology company in the payments industry. Our mission is to connect and power an inclusive, digital economy that benefits everyone, everywhere by making transactions safe, simple, smart and accessible. Using secure data and networks, partnerships and passion, our innovations and solutions help individuals, financial institutions, governments and businesses realize their greatest potential. Our decency quotient, or DQ, drives our culture and everything we do inside and outside of our company. With connections across more than 210 countries and territories, we are building a sustainable world that unlocks priceless possibilities for all. www.mastercard.com