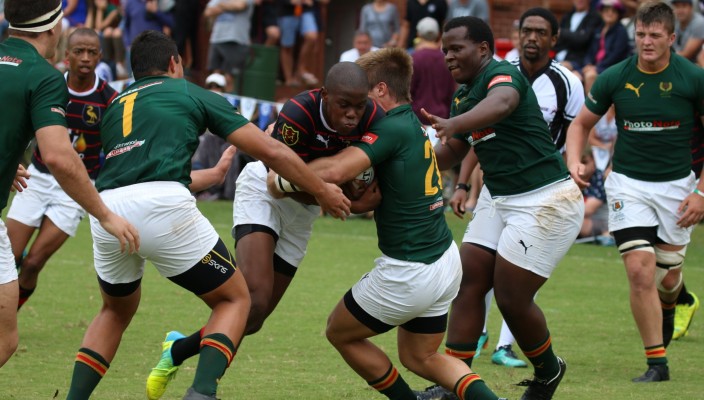 The penultimate match of the festival saw two unbeaten sides, Glenwood and Dale College face up against each other. The heavier Glenwood forwards laid the foundation for them to go through the festival unbeaten.

It was Glenwood who scored within minutes of the kick-off. Marco Palvie broke through, catching Dale defence napping to dot down close to the poles. Martin Holtzhausen added the extra points for Glenwood to go into an early 7-0 lead. Holtzhausen added a further two penalties to increase the lead to 13-0.

Dale managed to get into the Glenwood 22m area and they applied some pressure for fullback Aphelele Fassi to go over. The conversion went wide but the gap had narrowed to 5-13.

Just before the break centre Holtzhausen broke through the defensive line to run 30m to score under the uprights. He made sure with the conversion for the Durban lads to lead 20-5 at the halfway stage.

The Glenwood forwards continued to dominate in the tight phases and the backs kept mistakes to a minimum. This made Dale work very hard to maintain pressure. They did get into the Glenwood red zone on a few occasions but lost possession to allow Glenwood to get back on attack.

From broken play, flank Kevin Smit went over and later wing JC Conradie scored in the corner. The second of these was converted for a commanding 32-5 lead, which they held until the final whistle.