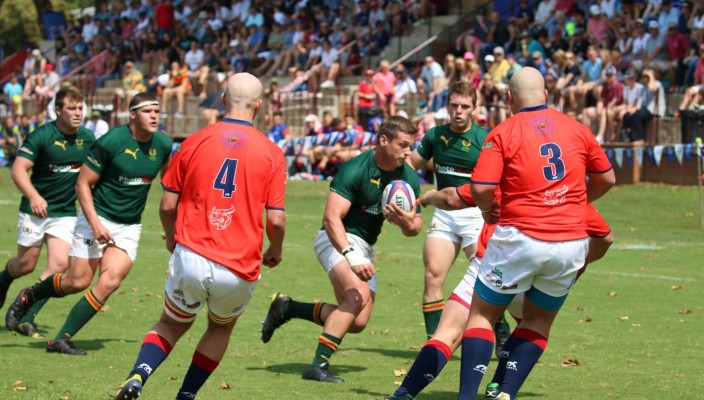 The second match of the morning was a frenetic game with evenly matched forwards giving their all and some huge tackles preventing more than just two tries.

Glenwood put early pressure on HTS Middelburg. Stout defence kept Glenwood from scoring as forwards matched forwards. When the ball emerged from a ruck it was passed out to centre Seun Maduna who drove through a tackle to score. The conversion by Martin Hotzhausen was successful, to give Glenwood a 7-0 lead.

Middelburg did not lie down and they came back, but it was again good defence by Glenwood which kept the Durban side in the lead. Neither side could get across the line, leaving the half-time score 7-0 to Glenwood.

The intensity of the clashes continued in the second half and it was only penalties that added to the score-line for 25 minutes of the second half. One penalty by Holzhausen and two by Ryan Cloete, after each had missed one, left Glenwood narrowly in the lead.

Just three minutes from the final whistle Glenwood’s centre Holtzhausen managed to crawl over for a try which he converted for a 17-6 win.