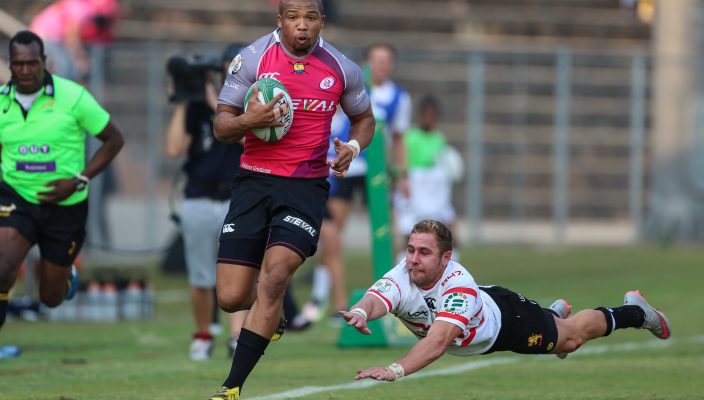 MBOMBELA – Several forced changes late in the week had both teams’ coaches scrambling for a final team selection for the Steval Pumas, Xerox Lions clash at KaNyamazane Stadium on Satruday, 4 June.

For the Steval Pumas, fly half Justin van Staden and winger Marcello Sampson withdrew themselves because of flu. Replacement scrum half, Emile Temperman struggled with a hamstring niggle and had to with draw late Friday afternoon. Marlou van Niekerk moved into the fly half pposition, Bernado Botha to wing and Tyler Fisher swopped sides with Botha on wing. On the Pumas bench Leighton van Wyk and Wilmaure Louw were chosen as utility backs as well as Damien Jansen van Rensburg who made his debut for the Steval Pumas.

For the Lions, Ricky Schroeder moved up to the starting 15 on scrum half due to an injury to Dillion Smit. Nico du Plessis couldn’t make the trip to Mbombela because of exams. The ripple effect forced head coach Bafana Nhleko to choose Janus Snyman, Hendrik Smit, and Selom Gavor.

Apart from all the changes, KaNyamazane’s hospitality ensured for yet another unbelievable action packed match of rugby in the township. The action started in the fourth minute with a successful Heinrich Steyl penalty to put the Pumas in the lead. Anthony Volmink tip toed past several Puma defenders in the ninth minute for a brilliant try, which he converted himself.

Four minutes later Reynier van Rooyen dummied a couple of Lions defenders for his try underneath the uprights with Steyl adding the extra points. It was the visiting captain, Ruan Lerm who scored his try in the 17th minute. Ashlon Davids couldn’t convert. Steyl kept

the score board ticking for the Pumas in the 23rd minute with a long range penalty.

Bernado Botha then rounded off a brilliant set piece move by the Pumas and Steyl added the two for a 20-12 lead in the 26th minute. In the 34th minute Steyl struggled with a penalty, but with a brilliant break from the loose forward Nardus van der Walt three minutes later, a penalty was forced onto the Lions and Steyl added the three points for a half time lead of 23-12 to the Pumas.

Fabian Booysen opened the second half scoring for the Lions in the sixth minute with a try and Davids added the extra two. But the Steval Pumas, who brought on some fresh legs in the from of Jacques Kotzé and Giant Mtyanda, powered their way over the try line with an almost 30m drive for Frank Herne’s try with Steyl doing the rest to increase the lead. In the 17th minute Bernado Botha rounded off a brilliant break from the scrum by Carel Greeff. Steyl couldn’t convert though.

With only four minutes left on the stadium clock, Sean Reynolds scored a last minute try for the Lions and couldn’t convert it himself. He had a second opportunity to score, but the debutant winger of the Pumas, Damien Jansen van Rensburg made a try saving tackle in the in-goal area. The Steval Pumas won the match by 35-24.

Next week the Steval Pumas will have a well-deserved week’s rest with a buy, where after they will be playing the Cell C Sharks XV in New Castle on 18 June.

Pricing range between R100 and R500. There are several Hospitality package available for the match, ranging from suite, restaurant to marquee packages. Enquiries:tjitjila@pumas.co.za orsamuel@pumas.co.za

Bernado Botha on his way to the try line for his first of two tries during his team’s victory of 35-24 over the Xerox Lions today in the KaNyamazane Stadium. Photo: Riaan Swanepoel /  Steval Pumas