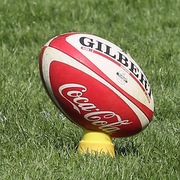 Canterbury Rugby and the Crusaders have teamed up with Colorado State University to run a rugby development camp next month. Assistant Crusaders Coach Tabai Matson will travel to the USA to be the head coach at the upcoming camp for aspiring American players and coaches.

“Rugby has been growing in popularity in the US since rugby sevens became an Olympic sport. The All Blacks playing a match in Chicago later this year will also help to grow interest in the sport. It is a great time for us to be building connections over there and helping to foster some young talent,” Mr Riach said.

Rod Hartley of the Colorado State University rugby club said they approached Canterbury Rugby and the Crusaders because they are two of the most successful rugby organisations in the world.

“The Canterbury rugby team is the most successful provincial team in New Zealand and the Crusaders are the most successful team in the Super Rugby competition. We are thrilled to be able to bring someone like Tabai Matson, who has been involved in both teams as a player and coach, to share their experiences and knowledge with us,” Mr Hartley said.

Canterbury Rugby/Crusaders International High Performance Unit Manager John Haggart said the US is a market that the unit has been keen to get further involved in and this camp is a great way of doing that.

“We believe there is a wealth of untapped talent in the USA that may be interested in playing rugby if the sport was more widely followed over there. We are keen to help promote rugby as a genuine choice for future professional athletes in the USA,” Mr Haggart said.

Tabai Matson said he is looking forward to heading over and sharing some learnings with the camp attendees.

“It will be great to get over there and work with some young elite talent. It is nice to see it growing in popularity and I’ve no doubt that the players and coaches at this camp will be as passionate about the game as we are,” Mr Matson said.

“We will be covering all aspects of professional rugby, from what it takes off the field to be a professional athlete to the skills that are needed on the field to succeed, based on Crusaders principles and methodologies. I’m honoured to be attending as a guest coach and I’m sure there will be plenty for me to take out of it as well.”