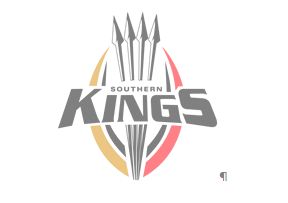 The SA Rugby Mobi Unit has begun a week’s worth of intensive training with the Southern Kings squad at the Nelson Mandela Bay stadium.

This high performance ‘think-tank’ of top rugby coaches was established by SA Rugby in 2013 to assist elite teams at all age levels of the game, under the leadership of Rassie Erasmus, who was appointed as SA Rugby’s General Manager of High Performance in 2012. The Mobi Unit has assisted a number of other Vodacom Super Rugby teams.

Among those working with the Kings this week are Pieter de Villiers, the former French international prop, who will concentrate on scrumming; Louis Koen, former Springbok flyhalf, who will be responsible for the tactics and practice of kicking play; and Jacques Nienaber, the highly-regarded former Springbok and WP defensive coach, who will be advising on defensive play.

The Mobi Unit, which has also been assisting the other Super Rugby squads, will be at the Southern Kings for the week.

Southern Kings head coach Deon Davids said he was excited to have the SA Rugby Mobi Unit working with the team.

“We must understand that nowadays in rugby, it’s not about one person, it’s a team sport. If you can draw from experience, in terms of people adding value to what you are doing, it would be silly not to use it,” he said.

Davids said the Mobi Unit had very talented individuals who could make positive contributions to the Southern Kings squad, under the guidance of Erasmus, whom he described as an excellent strategist.

“If I can take my ideas and can link it to what the consultants from the Mobi Unit can bring to the team, it can only be to the benefit of the players.”

“Every decision we take has to be in the interest of the players, I believe that we have to give the player everything you have available to him, you will get the best out of him, and I believe that if you do that, it will ensure the team as a whole will perform better.”

“Quality coaching is part of that, and I’m looking forward to having the Mobi Unit here,” he said.