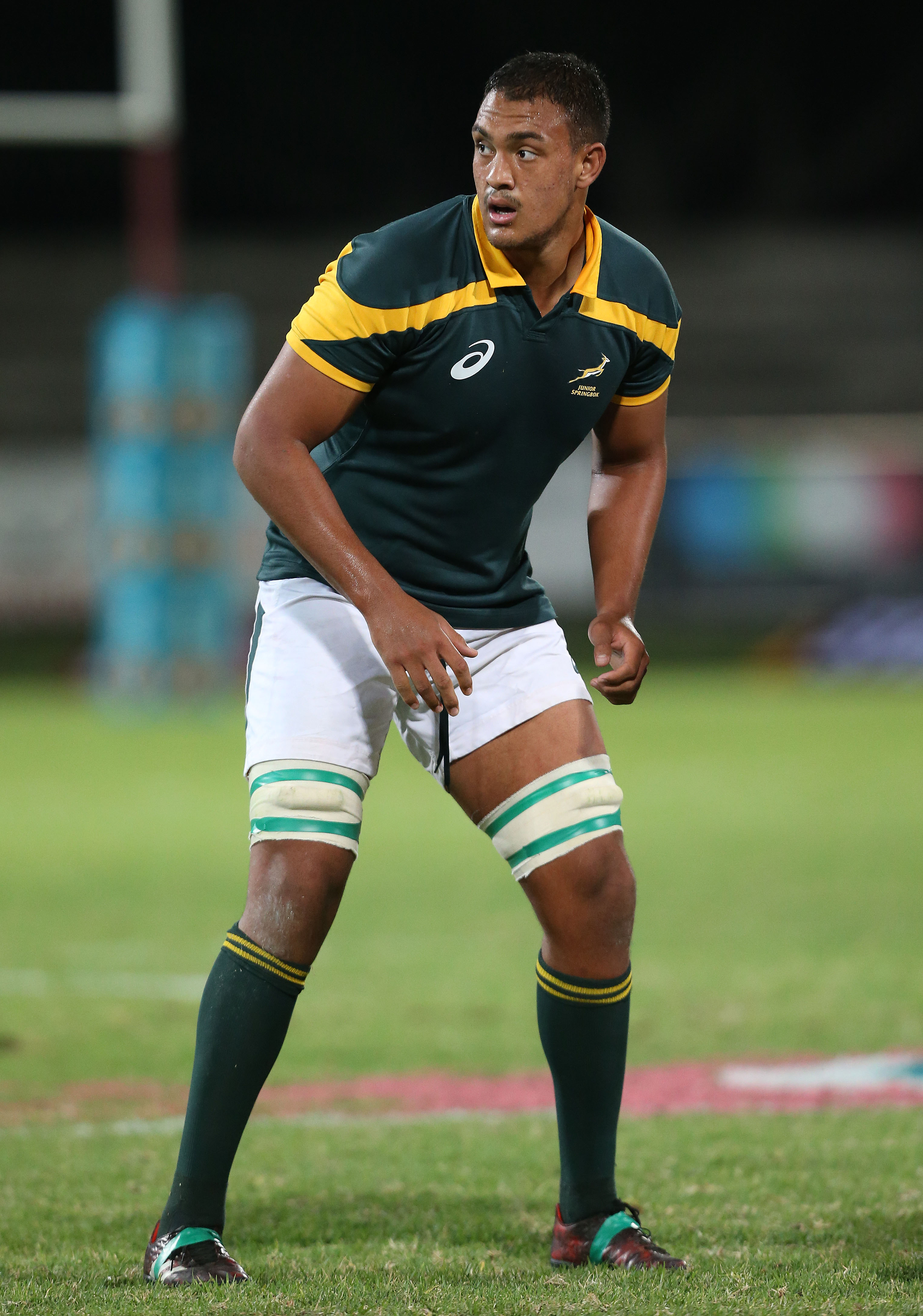 Salmaan Moerat said on Saturday he was relishing every moment of being part of the Junior Springbok squad for the World Rugby U20 Championship and he hoped that a solid team effort would contribute to a successful campaign for the SA U20s.

The 19-year-old lock from Paarl, who captained the SA Schools team last season, hails from a rugby family with his father Nazim Moerat having represented the former SARU team in the 1980’s, while his great uncle Moutie Moerat and his brother in law, Esa Abrahams, founded Vineyards RFC in the 1940’s.

Interestingly it was at this club where Moerat started his rugby career at the young age of nine.

“It is an honour and privilege to be part of the Junior Springbok squad playing in the World Rugby U20 Championship,” said Moerat.

“My father played rugby many years ago, so this is a big occasion for me and my family. The opportunities we have these days is vastly different to those that my family had, so I would like to make the most of this chance to make them proud.

“Our preparation has gone well since the beginning of March, and we have all learned so much as players thanks to the new dimension the coaches have brought to the finer details of the game. So it is now our responsibility to implement that which we have learned in our matches.”

Given his strong rugby roots, it is clear why Moerat has such a deep passion for the sport and a strong desire to build on what he has achieved up to now.

“I grew up with rugby being a large part of my life,” said the talented lock.

“As a family, we spent most of our spare time watching rugby and we often went to support club games in Paarl. This was undoubtedly a driving force for me to take my rugby seriously, and my family have supported me immensely in this journey. They always try to attend my matches and they motivate me to work hard every day.”

His selection for Junior Springbok coach Chean Roux’s team this year aside, Moerat’s proudest rugby moments include being on the winning Paarl Boys High team in the popular Inter-schools match against Paarl Gymnasium, and leading the SA Schools team as they secured a series whitewash against Wales, France and England in the U19 International Series.

Commenting on their pool fixtures in Tbilisi against France, Georgia and Argentina respectively, Moerat made no secret of the fact that it would be challenging, but he said the players were excited about the opportunity.

“We know it is going to be tough competition, but we are confident in our abilities,” said Moerat. “All of our pool opponents are physical teams, but we also pride ourselves on that aspect of our game, so we plan to go out there and give everything.”

The Junior Springboks arrived in Tbilisi, Georgia, on Friday evening for the international showpiece and they wasted no time getting back into the swing of things, as they were back on the field on Saturday morning for their first field training session.