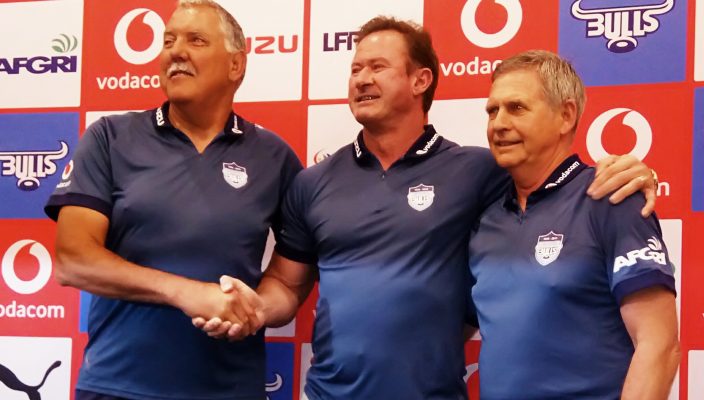 The Blue Bulls Company are excited to confirm that Vodacom Super Rugby head coach Pote Human has extended his contract for another year, with an option to renew.

Human took the reins early this year after the resignation of John Michell late last year and has lead the Vodacom Bulls to four impressive victories from a total of six games in this year’s competition thus far.

Human, as always, is excited and keen to get on with the job: “It’s a massive honor to be entrusted with this role, especially knowing that I have the backing of the people around me. It’s been a good start thus far, and I firmly believe that we are heading in the right direction as a team. However, there is a long season ahead with lots of work to be done, and I am excited to get on with things. I’d also like to sincerely thank the BBCo for believing in me and giving me this opportunity.”

The BBCo are also pleased to confirm the signing of Ulster prop Wiehahn Herbst, welcoming the big prop to Loftus on Monday 1 April. The 31-year-old Klerksdorp High front row also played for the Sharks in Durban, racking up 40 Vodacom Super Rugby caps between 2009 and 2014. He then moved to Ulster where he spent the following six years.