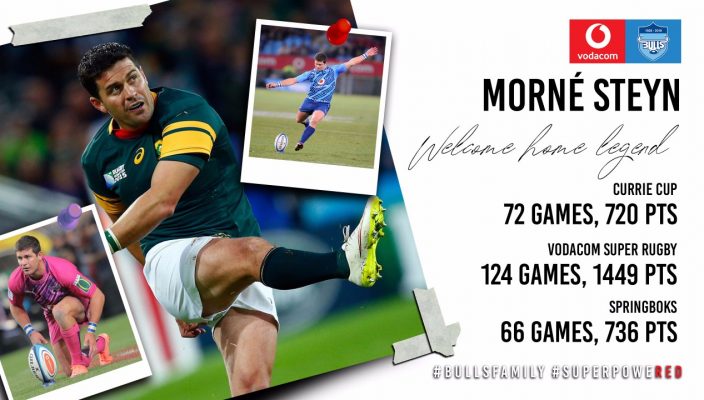 The Vodacom Blue Bulls Company (Pty) Ltd is pleased to confirm that Morne Steyn will re-join the Vodacom Bulls for the 2020 Vodacom Super Rugby season.

Steyn is still the all-time points-scorer for the team (1449) and played in 124 matches for the Vodacom Bulls. He left the franchise, the only one he ever played for in South Africa, in 2013 to join Stade Francais.

The BBC’s Alfons Meyer, confirmed the signing, “It is great for us, he is a very experienced player who can still play at the highest levels. He knows the culture and passion of the Vodacom Bulls as well as any one and will no doubt contribute massively, not only on the field, but also off it. We are very pleased to have him back in the Bull kraal,” Meyer said.