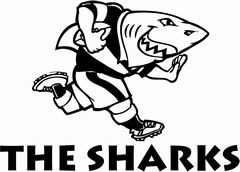 The Stadium, which over the past two years has been known as Mr Price KINGS PARK, will now be referred to as KINGS PARK.

Sponsorship negotiations are currently underway with potential new sponsors and an agreement should be concluded in the not too distant future.

It is important to note that The Sharks partnership with Mr Price is still ongoing through their Title Sponsorship of the team.

The Sharks CEO, Brian van Zyl says, “I would like to take this opportunity to thank Mr Price for their contribution to The Sharks as naming rights sponsor over the past two years and for restoring the name KINGS PARK, which means so much to our fans. A new sponsor is currently being finalised and we will inform all stakeholders once a deal has been concluded”.

With just under a week to go before the start of The Sharks Super Rugby campaign, we look forward to welcoming our fans to KINGS PARK.