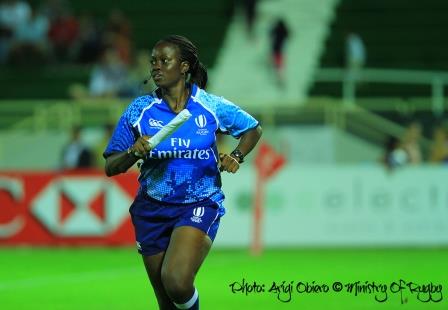 Peris Mukoko will be part of the referees panel for the Women’s Africa Cup Sevens in Harare, Zimbabwe on September 17/18.

One of Kenya’s leading female match officials, Mukoko, who also doubles up as a World Rugby certified Match Official Educator,  served as an Assistant Referee at the Dubai leg of the Women’s Sevens World Series in December 2014.

She was also nominated by Rugby Africa to attend a month-long referee’s training programme at Maties Referee Academy in South Africa in August 2014.