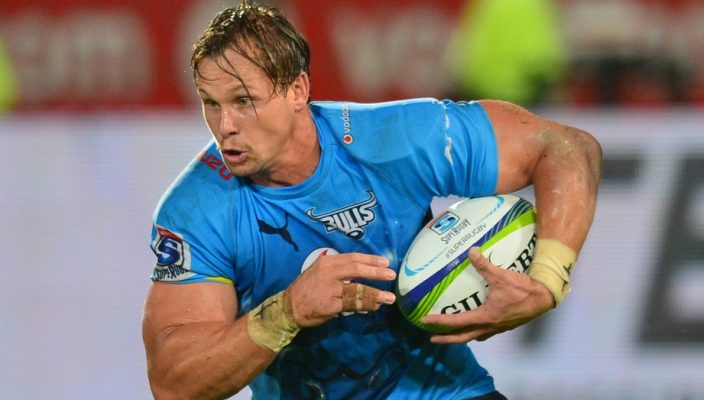 Arno Botha, the explosive loose-forward, may have fond memories of his former club, Munster Rugby, and will be looking forward to catching up with old mates, but his main business this weekend when he faces his former side will be to leave it all on the Loftus Versfeld pitch for his beloved Vodacom Bulls.

Only two years ago did Botha turn out for the Irish giants, where he proved to be an integral part of the side under former Vodacom Bulls assistant coach, Johann van Graan, who is now head honcho of Munster.

“I know quite a few of the guys, and I remain friends with quite a few of them. So, it will be quite awesome to catch up with them,” said Botha ahead of Saturday night’s Vodacom United Rugby Championship Round 6 clash.

The versatile loose-forward reflected: “My time at Munster was probably one of the best of my life. Not because it’s Munster, but because I actually played a lot of rugby there. It was a different challenge for me, my first time overseas, so I embraced everything that came with that opportunity.

“I played a lot of rugby and learned a lot about rugby. I was fortunate enough to work with good coaches. That is something I took to heart and meant a lot to me, and obviously getting my career back on track.

Botha will, undoubtedly, be one of the key figures for the Vodacom Bulls when they play their first Vodacom URC match at home, in front of a crowd of 2000 spectators.

If there is one man who will know what to expect in this clash between one of the most successful rugby sides in South Africa and their equally decorated Irish counterparts, it is the former Junior Springbok captain.

“The quality of rugby will definitely be good. Munster has very high standards and they have really good depth. That is something we really need to focus on,” he explained.

“It won’t be just another day at the office. We will have to get out there and do an equally good job. They have a good structure with Johann (van Graan), JP (Ferreira), Stephan (Larkham) and Graham (Rowntree) – it’s a structure that is easy to fit into and play a good game, no matter who is in the jersey for Munster.

“Playing them now has no feelings of hate. We play the game because we enjoy it, we want to get better, and we want to challenge each other. I’m sure that is a mutual feeling on their side as well – like Coach Johann coming back to Loftus.”

The match between the Vodacom Bulls and Munster Rugby will kick off at 19h45 SA time (17h45 UK time) on Saturday.

A limited number of tickets will be on sale from 09h00 on Wednesday from the Loftus Versfeld Ticket Office or online at www.ticketpros.co.za.