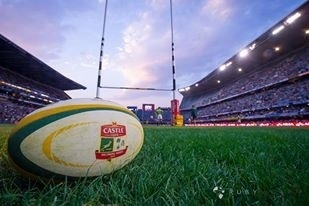 Wesbank became the 13th and final club to be officially nominated for a wild card place in the 2014 Cell C Community Cup when they overwhelmed newly-crowned Boland champions Roses United on the last day of the season to finish second on the Premier League log.

The Malmesbury-based club’s 43-27 victory gave them their 15th win in 18 matches and a final tally of 73 log points – just five adrift of their great rivals Roses but five ahead of outgoing champions Villagers Worcester.

Wesbank’s name will now be added to the list of second-best eligible open clubs from all the provinces, with five of the shortlisted clubs to be chosen by SARU’s Games & Policies Committee later this month to fill the wild card slots available for the 2014 edition of SA’s flagship tournament for non-university clubs.

The wild cards will join the 15 clubs that have already qualified automatically in a 20-team field, with the opening round kicking off on Saturday 8 March 2014 with a televised opening match in the Eastern Cape town of Despatch, and featuring defending champions GAP Despatch.