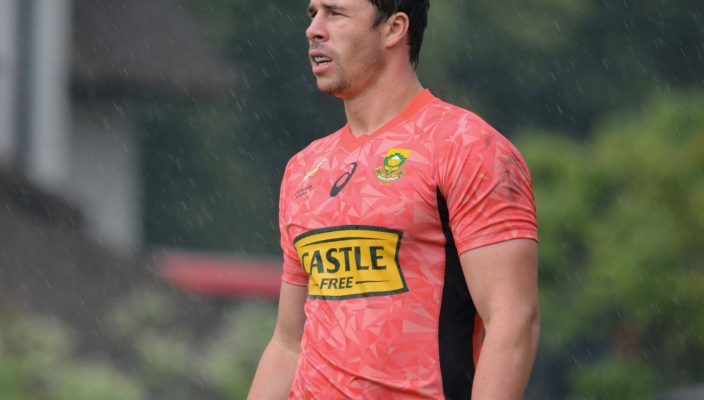 Nel was not part of the Blitzboks effort during the last two tournaments in the HSBC World Rugby Sevens Series, in Hong Kong and Singapore, and he can’t wait to get back onto the field and contribute to their effort in trying to win a second World Series title in as many years.

Two tournaments, in London and Paris next weekend, remain.

Nel missed the Hong Kong tournament due to preparations for the Commonwealth Games, and he was rested due to a heavy workload earlier in the season for Singapore.

“It is not nice not to be involved,” Nel admitted.

“I am someone who always want to contribute and especially with the guys I am playing with in the Blitzboks, you want to be part of it. It is such a massive honour and privilege to play for this team and to play with these guys. You don’t want to miss out on that.”

Nel has played in 26 tournaments for the team after making his debut in New Zealand in 2014 and scored a hat-trick on debut. True to cue, he has 47 tries now and will play at his hardest to improve on that this weekend.

“It was hard sitting at home watching the guys play,” said Nel.

“It was exciting to see the younger players doing so well in Hong Kong and it was bittersweet watching them in Singapore. I wanted to be there, but understood the reasons why I was not. That said, I am in London now and have this wonderful opportunity to be part of the team again.”

Nel said the squad realise what they have to do and how tight the race to the series title is, with South Africa only four points behind Fiji on the overall log.

“In the past I found that, when we didn’t look at outside factors, but rather internally, we play our best rugby. So for us to be successful this weekend, we need to just look at our own process and what we need to do to achieve our goals. If we do that the results will look after themselves.”

That does not mean playing without smiles on their faces.

“No way, the joy to play with these guys and to play for our country is such, you cannot help to smile. It is just such a privilege and honour,” said Nel.

The Blitzboks face Russia, Canada and Samoa in pool D.

The Springbok Sevens fixtures for Day One is: (SA times)