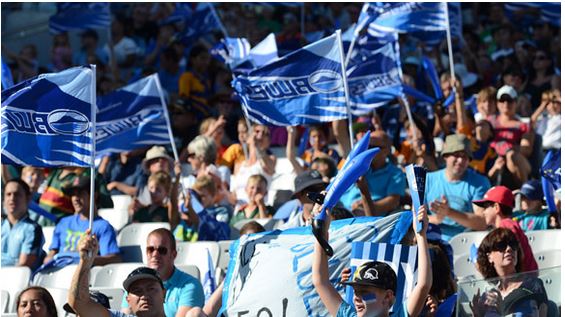 New Era and Structure for the Blues

May 17 • General News, Super Rugby, Super Rugby News • 1681 Views • No Comments on New Era and Structure for the Blues

The new era continues for the Blues with the announcement today of a new partnership to acquire a licence to operate the Blues franchise until 2020.

The new structure is a limited liability partnership with Rugby Holdings Ltd (comprised of the three provincial rugby unions, Auckland, North Harbour and Northland) holding a 60 per cent share and Bolton Equities Ltd, a private investment company run by Murray Bolton has a 40 per cent stake.

Bolton is Executive Chairman of Bolton Equities Ltd, a private equity investment company with significant stakes in a number of private companies in New Zealand and Australia. Bolton is a founding Trustee of the Auckland Rescue Helicopter Trust and has been Chairman for the last 10 years. He has a career background in international finance and investment with Citicorp in New York and was CEO of Brierley Investments (NZ) Ltd, Skellerup Group Ltd and the Rural Bank of New Zealand.

“These are exciting times for the Blues and I am looking forward to being part of this new venture. The Blues are a key part of rugby’s domestic and international landscape. I believe having local organisations with a vested interest in seeing the Blues exceed expectations by securing the management and operational rights, is an important step for the business and the region,” said Bolton

“I am a passionate rugby follower and it’s a real honour to be appointed chairman of the new Blues board as the organisation moves into a new era of governance and management,” said Carter.

The new Blues board will be:

To be appointed – Bolton Equities

Auckland based Merchant Bankers Clavell Capital Ltd acted on behalf of the ARU and NHRU in relation to finding an equity partner and structuring for The Blues consortium.

The licence to manage includes:

“Auckland Rugby is delighted to have led and subsequently brokered a deal that has introduced a new equity partner for a licence to manage the Blues until 2020.

Our new equity partner Murray Bolton has the same objective as Auckland Rugby, to work towards the Blues being the best franchise in world sport. The opportunity that New Zealand Rugby has given means we have been able to capitalise the Blues to a level that enables us to invest properly in the future, providing a springboard for success both on and off the field.”

“The North Harbour Rugby Union Board and its stakeholders are delighted to be active participants in the new equity-based partnership involving Auckland, North Harbour and Northland Rugby Unions, and Bolton Equities. It further strengthens the relationship between the northern based unions, and heralds an exciting new era for their fans, players and sponsors” says North Harbour Chairman, John Morgan. “The introduction of new capital and a new Board presents the opportunity for the Blues to once again become the stronghold of rugby in New Zealand, and potentially the world”.

New era and structure for the Blues