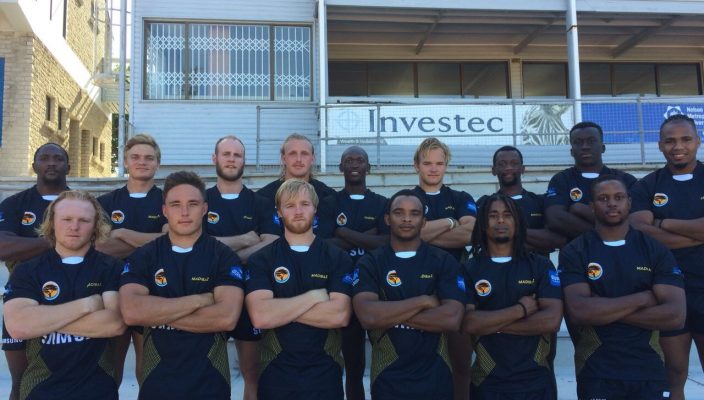 The FNB Madibaz players have worked extra hard to improve on their impressive recent showing when the new-look team challenge for the Varsity Sevens title in Durban from Friday to Sunday.

When they played in the University Sport South Africa tournament in September, the Nelson Mandela University team finished in third place, comfortably securing their berth in this weekend’s event, which comprises the top 10 USSA teams.

Coach Beän van Eeden said the Madibaz wanted to build on that performance even though they had lost as many as seven players from the squad since the earlier event.

“It is a bit of a blow losing so many players, but we now have a number of young guys in the squad and a great vibe has developed,” he said.

“They are extremely motivated to do well, something you could sense during our preparations. They never missed a training session.

“Even during exams, they were committed to attending practices. This has led to them creating a strong team bond.”

Van Eeden added that the players were enjoying their rugby and were ready to “give it a go”.

“In sevens anything can happen, so we feel we can be competitive. We are aiming for, at least, a place in the semifinals.”

The coach outlined their extensive preparations, saying they were far better prepared than in previous years.

“We used to train for four weeks and then get together for a few days before the tournament,” he said.

“This year we gave the guys a bit of a breather after the September tournament, but we have been preparing for seven weeks since then.”

While they had done much conditioning work in the gym, he said the local tournament in which they played against other Nelson Mandela Bay clubs over the past two weekends could prove crucial to their title chances.

“This was a massive boost to our preparations because there is real value in playing proper sevens matches, rather than the simulated conditions during training.

“We set up a tournament involving clubs such as Progress, Park and Harlequins, which was perfect for exposing the players to game situations.”

He said players such as Michael Botha and Lindelwe Zungu would be key factors during the Durban showdown against the country’s elite student sevens teams. 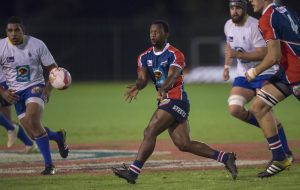 “Michael was voted the most valuable player in the recent tournament and is a talented player, but we also know nothing less than a big team effort will suffice in Durban.”