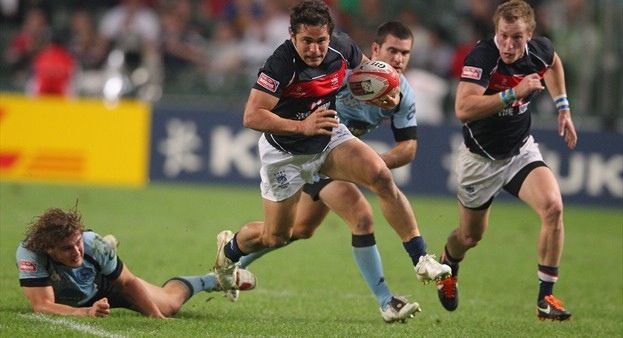 Former Wales Sevens head coach Gareth Baber has been announced as the new head coach at the Hong Kong Sports Institute (HKSI), meaning he will take over from Dai Rees as the country’s Rugby Sevens coach.

The move follows on from Rugby Sevens becoming the first team sport to be named as an elite sport at the Hong Kong Sports Institute. As well as a change to the management structures, several players across both men’s and women’s will be granted elite athlete status to qualify for funding and to use the world-class facilities at the HKSI.

“The HKRFU has established a very successful high performance system prior to entry into the HKSI, and we are confident that the appointment of these two highly regarded sevens coaches will add value and result in even better results on the international stage,” commented HKSI Chief Executive, Dr Trisha Leahy.

Baber, 41, is a former Newport Gwent Dragons scrum-half who moves from the Cardiff Blues in Wales, where he has been a coach since retiring from the game in 2007. An Oxford blue, he also played for Cardiff, Llanelli, Aberavon, Bristol, Pontypridd and worked as assistant coach with the Wales Under 20 side and head coach of the Wales Sevens team.

While he will assume the men’s head coach role in December, former Black Fern and multiple World Cup-winner Anna Richards has been appointed as elite women’s sevens coach.

Baber returns to Wales this week to see out the remainder of his contract as attack coach for the Cardiff Blues, so will not travel with the Hong Kong team as it sets out to defend its title at the HSBC Asian Sevens Series finale in Singapore on 9-10 November. Richards, meanwhile, will accompany the women’s Sevens team to the second and final leg of their Asian Women’s Sevens Series in Pune, India.

Baber’s absence means that Dai Rees will coach the Sevens team one last time before assuming a new position as the Hong Kong RFU’s head of technical development and performance, a position that will move him away from direct hands-on coaching for the first time in three decades.

“Gareth will direct our senior men’s, women’s and youth programmes at elite level. With his international background and coaching and playing experience at the highest levels, Gareth was the ideal fit for the role. It will be a bit strange as it will be the first time that I have not been hands on in terms of coaching in over 30 years, so in that respect it is a big change,” said Rees, whose new role expands to support Hong Kong’s continued development at international 15s level along with the technical development of domestic rugby, refereeing and long-term athlete structures at every level.

“Anna is highly regarded in international circles as perhaps the world’s most accomplished women’s rugby player, having led and represented New Zealand for many years. It is a real coup to have her here in Hong Kong to lead our own elite women’s athletes with the benefit of her vast personal experience.

“My challenge is to now support a group of staff and players at the HKSI, led by Gareth Baber and Anna Richards, that we hope will help us qualify for the next Olympics. I think from a talent perspective we have the people that can do this, but now the real work must begin,” Rees added.