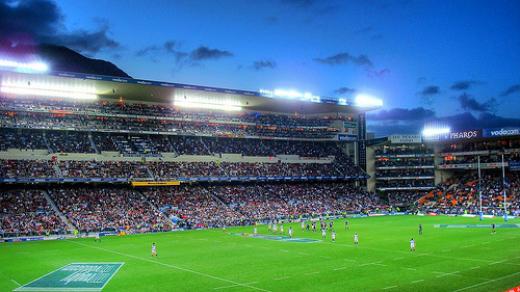 The final match of the U20 International Series between South Africa and Argentina at Newlands will mean more than just a result to the Junior Springboks, according to Bobby Alexander, who returns to the starting team at scrumhalf after missing two matches.

Alexander excelled with his performance in the opening match of the series against Uruguay, but picked up a quad strain and missed the matches against Argentina and Georgia. He now gets an opportunity chance to play Los Pumitas, a team he last faced in 2018, when SA Schools beat the South Americans by 48-12 in Paarl, with the Paarl Gymnasium learner getting a brace on his home field.

“Yes, I played against Argentina for SA Schools two years ago, but then missed out last week, so I am very keen to face them again,” said Alexander.

“We are also playing at Newlands and as a young boy growing up in the Western Cape, this is a dream come true playing at this venue with such great traditions and history.”

He believes the team need to finish their journey as a squad – that started three months ago in the form of the SA Rugby Academy – on a positive and winning note.

“Look, the Argentineans are very strong in their forwards and their scrums and mauls are very good. If we can counter that, we will get the result,” the scrumhalf said.

“We owe it to ourselves to get the result. Since we started our journey three months ago, we have bonded and formed great friendships while developing as a squad. The coaching staff worked very hard to get us ready for such a moment and now it is our turn to reward them by winning the final.”

Alexander is aware that the last time the Junior Boks played at Newlands, they won the World Rugby Under-20 Championship, back in 2021.

“Yes, they beat New Zealand in that final, it was a great game, and we would also like to leave Newlands as victors in a final,” he said.

Argentinean flyhalf Ramiro Waisberg will again prove a danger to the Junior Boks. He is the leading points’ scorer in the competition and with his accurate boot, Los Pumitas are not afraid to take shots at goal when in range.

In their three rounds of action, the Junior Boks have scored 104 points and conceded 36, with 27 of those coming against Argentina. The South Americans have scored 82 points, conceding 55.

The 14 tries scored by the Junior Boks and the 10 by Argentina show a slight bias towards the home side, but they will be without their leading try scorer, Canan Moodie, who dotted down four times in two matches.

The last time the Junior Boks and Los Pumitas played at Newlands, was in 2012 in the semi-finals of the Junior World Championships, where the home side won 35-3.

Uruguay will be favourites against Georgia, having beaten them in the round robin match and providing vigorous opposition against South Africa and Argentina in their clashes. Georgia suffered heavy defeats against the same opponents.