Saturday 1st June, which will be televised DELAYED on SuperSport 1 and HD on Channel

This encounter is relatively new on the calendar as both schools saw the need to exchange pleasantries over a weekend of competition to the benefit of all learners. They previously only met on festivals and on the rare occasion at the Easter Tournaments. Since 2010 however they have played each other regularly and it is Glenwood who is slightly ahead with 2 wins to 1 in the current era. 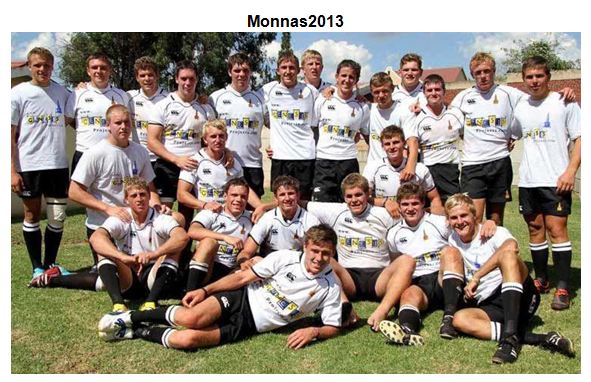 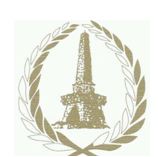 Monument High School was established in January 1921. The monument in question is the Paardeberg Monument in Krugersdorp, built to commemorate the decision of the South African Republic in 1880 to resist Britain’s decision to annex their country. Krugersdorp, west of Johannesburg, is named after President Paul Kruger and was founded in 1887 by Abner Cohen and others.

The schools motto is “It’s better to wear out than rust out”.

National Schools champions. These are all huge achievements given the number and

quality of the competing schools. 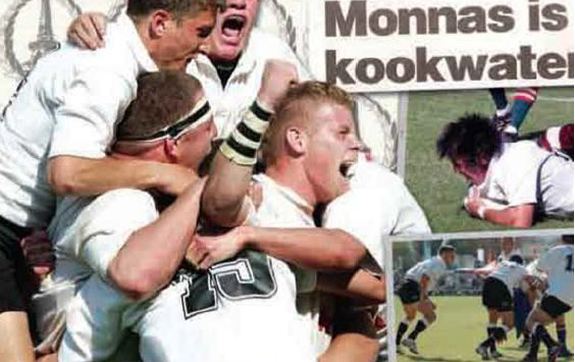 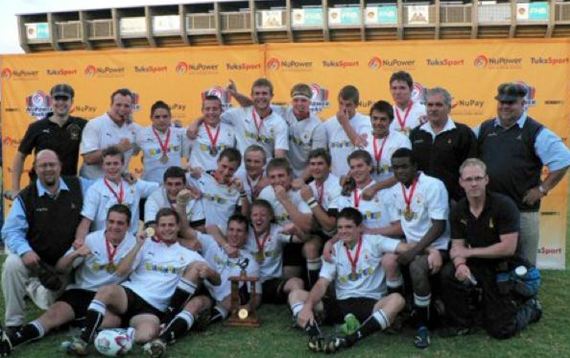 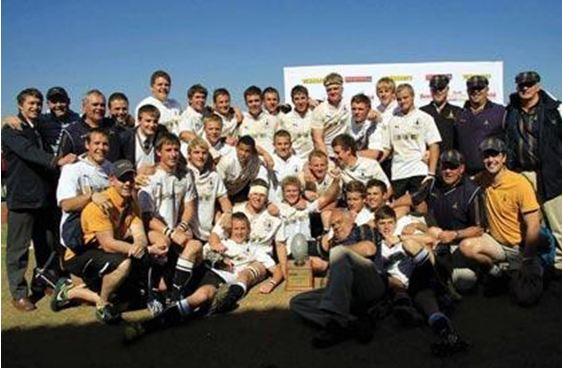 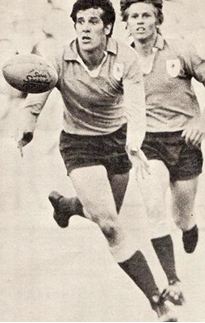 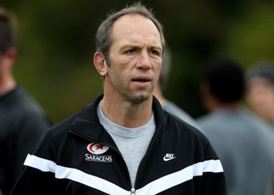 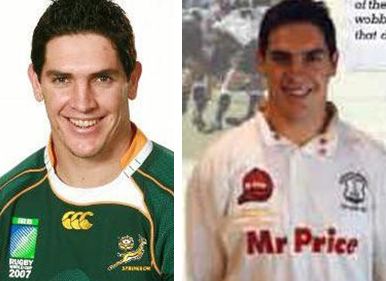 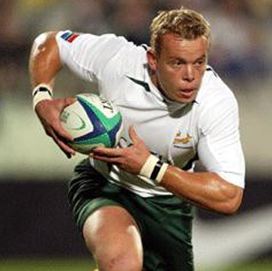 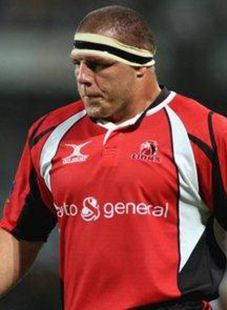 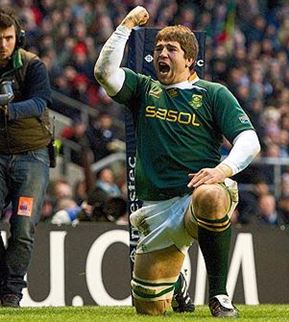 28 Players since the competition started in 2008

Formed in 1910 and originally known as the Day Continuation School, the name was changed to the Durban Technical High School in 1916 by which time the school had 150 pupils. Student numbers continued to grow during the First World War and by 1918 there were  267  scholars.  In  the  same  year  the  Natal  Provincial  Council  appointed  a commission to investigate the feasibility of expanding the school and the subsequent Coleman-Dukes Report stated that, “… a large increase in the numbers for which it is exceedingly difficult to find accommodation,” and recommended the allotment of 10 acres of land on the corner of Alan Paton and Bulwer Roads in Glenwood. After much wrangling, the actual occupation of the allotted land and the construction of the school buildings eventually took place and by 1934 the current premises were ready for occupation. On occupying the new premises in Glenwood, the name was changed to Glenwood High School. 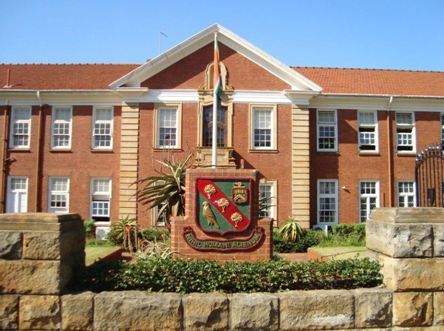 In 1939, at the start of World War II there were 490 pupils in the school and during the six years of war, 457 Old Boys served in East Africa, the Western Desert and Italy. Of these, 109 were in the South African or Royal Airforce. Out of the 457 who served,120 old-boys lost their lives during this war. There is a very poignant picture of the school’s 1st Rugby Team of 1935 (Pictured Below) where at least 15 of the 18 boys in the photograph volunteered for service in the war and six of those in the photograph were killed. These included Roy Gibson, son of Durban’s Lady in White (Perla Siedle Gibson), and Clement (Neville) McGarr, who was one of the prisoners of war to escape from  Stalag Luft III as part of the “Great Escape”. 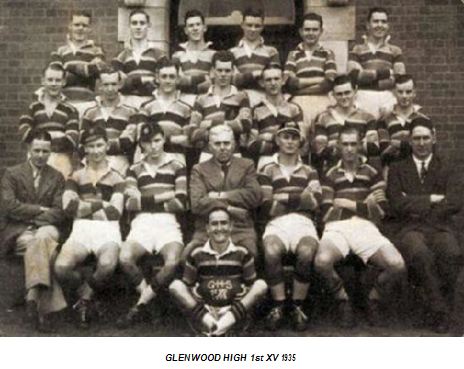 Rugby at Glenwood is the major sporting code. It is a sport that instills values such as integrity, sportsmanship, loyalty, discipline and hard work. Glenwood’s policy of participation in extra mural activities as well as the passion shown by the boys enables almost five hundred youngsters the opportunity of experiencing the ultimate team sport.

Glenwood fields thirty teams on a regular basis. This allows boys from all levels and ability to be part of this wonderful game. The sports department endeavors to provide games for all teams, this has allowed Glenwood to embark on tours out the province to play fixtures against some major rugby playing schools in South Africa such as Affies from Pretoria and Grey College from Bloemfontein.

The player base at other schools is diminishing at an alarming rate. Schools, educators and parents owe it to our children to provide them with an environment that will foster a healthy life style and the opportunity to experience a real childhood. Perhaps instead of instilling a win at all cost attitude we should rather emphasize the fun part of playing rugby.

The School represented South Africa at the Sanix Youth tournament in Japan in 2008 and won top honours by winning the finals. 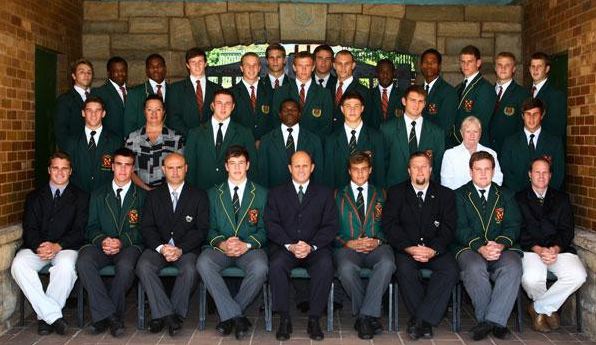 Glenwood has produced some really good sides and players over the years, particularly1954, 1957, 1965, 1972, 1978, 1979, the late 90s and in the past decade. The 1965 side is still considered by most Old Boys and KZN pundits as the best ever produced by Glenwood, playing 14 and winning 14, scoring 283 points while only 50 points were scored against. Seven players represented Natal Schools that year and included great names like Kevin Sclanders (capped 3 times for Natal Schools), Hylton Aylward (capped three times for Natal Schools & Captain in 1964 & 1965), Dennis Morrissey (capped 2 times  for  Natal  Schools),  R.D  Shaw,  E  Sclanders,  A.J  Delport,  A.R Wallace,  D.M Lawson and C.R Chambers.

1979 saw Glenwood produce their best side since 1965. Although 2 games were lost by the narrowest of margins, there was little doubt that they were the best side in Natal. They played magnificent rugby, combining superb forward power with intelligent backline play. Their margins of victory over some of the best sides in Natal say it all, College 33-6, DHS 32-4, Westville 44-9 and Hilton 53-12. Derek La Marque was simply superb. Probably the only schoolboy to represent South Africa at waterpolo while still at school and captain both SA Schools rugby and waterpolo in one year. He was capped 3 times for KZN Schools in 1977, 1978 and 1979. He went on to have a good career with Natal and helped Natal make the 1984 Currie Cup final, playing with greats like Wynand Claasen, Craig Jamieson and Hugh Reece-Edwards.

The next great side came in 1984 where Glenwood had three boys picked for Natal Schools of which one was probably the best backline player ever to play for Glenwood, Dennis Baronet. Seldom has a schoolboy caused so much panic in an opposition backline, carving them to pieces with his speed and guile. He was rewarded in 1985 with an SA Schools cap, Glenwood’s second. From 1985 to 1997 Glenwood produced some average sides who had some great individuals like T. Labuschange and P.Senekal.

The 1992 side could have been Glenwood’s biggest pack of all time with Leyton Pardey the 120kg loose head prop making KZN Schools along with David Terblanche (No8). 1997 was probably the turnaround after the ‘darker’ early to mid 90’s where Glenwood lost more than they won. It heralded the rising of a rugby beast. Victor Tsewu, Nicholas Strauss and Cedric Mzolo kick started a new generation and one that continues today.

Since 2000, Glenwood has produced 47 KZN Schools Craven Week A team representatives, including 5 SA Schools players (Petros Methula, Shaun Malton, Jayden Hill,  Ricky  Schnetler  &  Siyabonga  Tom)  and  2  SA  Academy  players  (Nteta  & Makhabela).  This  is  probably  the  biggest  contribution  by  any  school  in  KZN  with Westville and Maritzburg College 2nd and 3rd respectively. The 2000 side played 37 and only lost 2! Unfortunately Glenwood’s rise has seen a decline in the rugby standard of their biggest rival, DHS or Horseflies from the across the Berea! In the past Glenwood have battled to beat this great Durban school but in the last decade it’s been pretty one sided. Glenwood have created a great rivalry with Westville and College in the past 5 years and always seem to be fighting out with them for top honours in KZN. Glenwood have won the best performing rugby school award in KZN for the past 4 years. Many an envious parent from opposition schools has claimed Glenwood ‘buying’ players and recruiting players with bursaries. Glenwood have been clever and promoted the school at primary school level and by having a winning 1st team has attracted the best players in the province. Having a Boarding Establishment that can house over 200 boys helps here too.

With success brings demand for other provinces schools to play Glenwood. Since five years back, Glenwood has set up home and away traditional fixtures with Affies and Grey Bloem, two of the country’s best rugby schools without doubt. Glenwood’s finest rugby hour came in 2006 when they beat the mighty Grey Bloem for the first time on fortress Dixons, 14-10! A great achievement and something that will be remembered for generations to come. Other recent big scalps are wins over Affies, 24-7 at home and 24-10 at Affies, Paul Roos 13-8 & 26-7, Pretoria Boys High 26-9, Bishops 19-11, Boland Landbou 29-10, Maritzburg College 47-10 (on Goldstones), KES 38-3, Waterkloof 14-12 and their latest biog scalp in 2013 is Paarl Boys winning 17-15. Since 2000, here are the Glenwood results against local opposition; 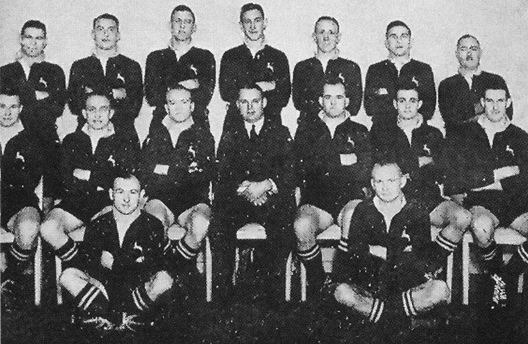 The 1938 Springbok team vs Great Britain. Roger Sherrif is third from the left in back row. In this team were legendary Boks like Danie Craven, Boy Louw, Fanie Louw, Flappie Lochner, Gerrie Brand and Ebbo Bastard. 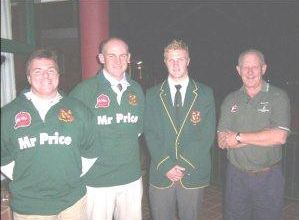 John Allan (Left) and Rodney Gould (Far Right) together at a function at Glenwood in 2002.