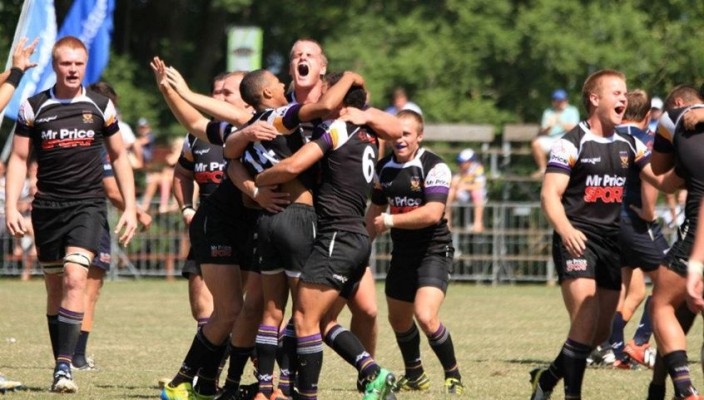 Outeniqua will play Paarl Gimnasiumin Georgeon Saturday 27 April, in a Premier Interschools that will be televised LIVE on SuperSport 1.

Clash of the Titans!…It is not a remake of classic Greek mythology but come Saturday the 27ththe current two top schoolboy teams in SA will clash in George in what can only be described as a titanic battle! Both teams are unbeaten thus far with Outeniqua having two big scalps in Grey College Bloem and Paarl Boys High already in the bag. Paarl Gim demolished the pride of KZN schools rather easily during the Easter Festivals and looks like a team who is running on all cylinders.

The Joy of beating Grey! 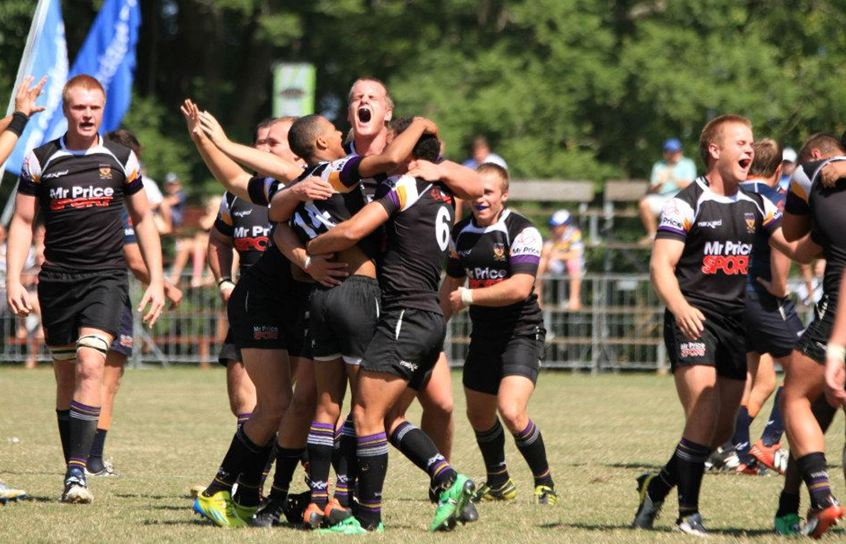 If history is any guideline, Saturday’s match is slightly in favour of the Kwaggas. In analysing the last 5 matches played, Outeniqua won 18-15 in 2009. In 2010 Paarl Gim wins 38-20. In 2011 Outeniqua returns the favour and wins 16-11. They played twice in 2012 with one draw in the league match and the other match was the final of Die Burger competition where Outeniqua once again surprized Gim in beating them 30-22.

Those two matches against Outeniqua cost Paarl Gim their Nr 1 spot last year and they would love to set the record straight as the Kwaggas are currently ranked Nr 2 in the country. Paarl Gim ranked Nr 3 would only see it as justice if they can knock Outeniqua off the Nr 2 spot on Saturday.

The two teams are evenly matched in that Gim most probably have the better pack of forwards and Kwaggas the better backs. The Outeniqua backs demonstrated only last week against Paarl Boys that with half decent ball they can be devastating. Their key players being No 9 Remu Malan, No 10 Dewald Human, No 13 WarrickGelant (SA Schools 2012) and No 11 DuhanvdMerwe (SA Schools 2012). They all have speed, agility and very good vision.

Paarl Gimboast with two of the very best loose forwards in the country in Jacques Vermeulen and RikusBothma. Top that off with 2012 SA Schools lock JD Schickerling and you can be certain that Gim will fancy their chances up front.

A draw looks like a mighty good call if you are a betting man! 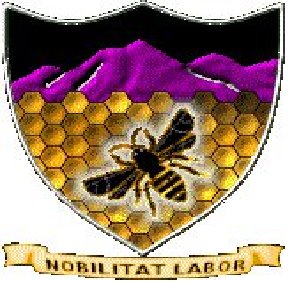 The first form of education in George dates back to 1812 when a small school was established in the goeweneurshuis andAdriaan van der Colffthe first teacher appointed. In the early 1900s, two schools were established to bring education to a higher level in George, namely the First Class Public School for Girls (1905) with Miss. Christina van Niekerk as principal and the First Class Boys’ School (1900) with Mr.. C L Hofmeyer as principal. In 1907 the Boys (with a Dutch background) and the Anglican school (the English St. Mark’s College) merged. Canon Barron Moore was appointed head of the unified school. The political climate was not conducive to such a merger and the enrollment dropped to 63. Canon Moore was followed in 1914 by Mr.D. Malan and under his leadership,the school grew dynamically.

On 12 February 1914 the foundation stone was laid for the new Boys School. It would later be known as the Manie le Rouxskool. In 1918 the school has grown to an enrollment of 263 and derives high school status. During this period, the Superintendent General of Education, Dr. Muir and the Rev.J. A. Beyers, pastor of the Mother Church in George, strongly advocated the establishment of a “Central School” for George. On February 20, 1920 it was approved by the school board and in 1922 “The Central High School” was established. The boys and girls were now in the same school and it meant that the building was too small for the 225 students and various venues in the town were used as classrooms.

Ds.J. S. Beyers who can be called the “Father of the new high school” where known for two further issues he chased.  Afrikaans was allowed and a suitable site had to be found for the new “Central School”. The City Council has approved a proposal for the new site and on 15 September 1922 the cornerstone of the Outeniqua High School by the Administrator, Sir Frederic de Waal was laid. On June 1, 1923 the name “Outeniqua High School” was decided upon and on 16 July 1923, 223 students and 11 teachers under the headship of Mr. D.J.J. de Villiers occupied Outeniqua High School.

Outeniqua have a proud rugby tradition and is perennially found in the top 20 ranks of SA Schools, more often than not in the Top 10. To date they have produced two South African players in Johan Heunis (1981-1989) and Marco Wentzel (2002). They are the current holders of the Western Cape Burger Trophy played for amongst schools from EP, SWD, Boland and WP. 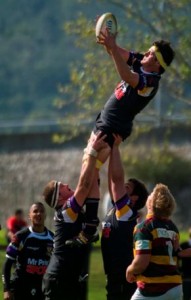 The school also hosts an annual u/14 festival over the Easter Holidays which is highly regarded and the top tournament for the age group in the country.

Schools like Paul Roos, Paarl Gim, Paarl Boys, Waterkloof, Monnas, Affies, Grey College and Glenwood all send their youngsters to George during Easter to compete against the best. 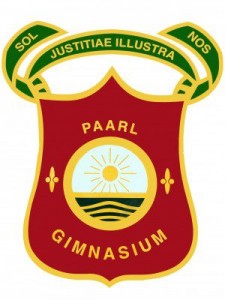 Paarl Gimnasium is a school in Paarl, Western Cape, South Africa. Rev. van Lingen founded the school in the centre of town in 1858. The primary school section of Gimnasium was founded in 1858 as a Dutch Christian school for boys, with the High School being founded much later. In the mid 30’s the school’s language of education shifted to Afrikaans. After the high school section was completed the school allowed the first female student to enroll in 1964. 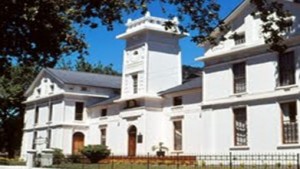 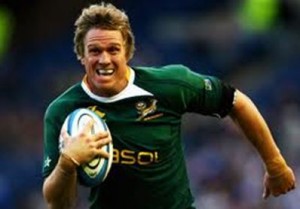 Paarl Gim is without doubt one of the Big Five of rugbyschools in South Africa. They have to dateproduced 28 Springboks of which 18 have been capped in tests for South Africa. The current incumbent Springbok captain Jean De Villiers is an old Gimmie.

They have also produced 144 Cravenweek players and 33 SA Schools players.

Their biggest rivals is Paarl Boys High situated in the Southern Paarl. Their annual Interschools have the unofficial title of “Biggest Interschools” in South Africa.

In 2012, while still at school, their captain and pivot Handre Pollard represented South Africa at the u/20 World Cup tournament with aplomb. Called up for the injured Johan Goosen, Pollard played a vital role in SA winning the final against New Zealand. The young man is currently plying his trade with the Blue Bulls. 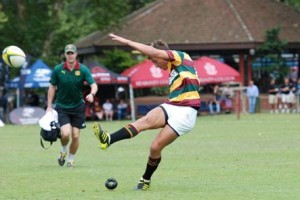 Handre Pollard in the colours of Gim.

Instead of waiting for a dreaded phone call to inform him of the funeral arrangements, he decided to gather the troops and surprise his old mate with a reunion that brought tears to the eyes of grown men.That is the course of action Piet Uys from Johannesburg took when he received an emotional phone call from the wife of his friend and 1965 Paarl Gymnasium 1st XV team mate Neil “Bulletjie” Jordaan.Bulletjie’s wife had to share the bad news with friends and family. He was diagnosed with advanced Lymphoma(cancer) and that he took the emotional decision not to receive any treatment at such a late and advanced stage of the cancer.Piet – remembering Bulletjie as an eager and ever passionate rugby player and supporter – decided to call up the entire 1965 1st XV team from Paarl Gymnasium and organized for all of them to travel from all over the country to surprise and support their friend and former Paarl Gym tight head prop. 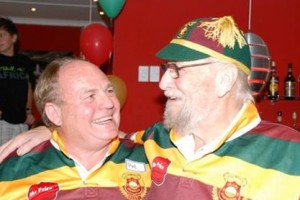 After careful planning, secrecy and help from the family, all the team members(except for one player) and including the coach made their way to the house of Bulletjie’s son in De Doorns, Western Cape on Saturday 20 November where Bulletjie would arrive shortly to watch the Springboks take on Scotland.There was no shortage in tears when Bulletjie unknowingly walked around the corner where he received loud cheers from his former team mates, all dressed in Paarl Gym Old Boys jerseys. 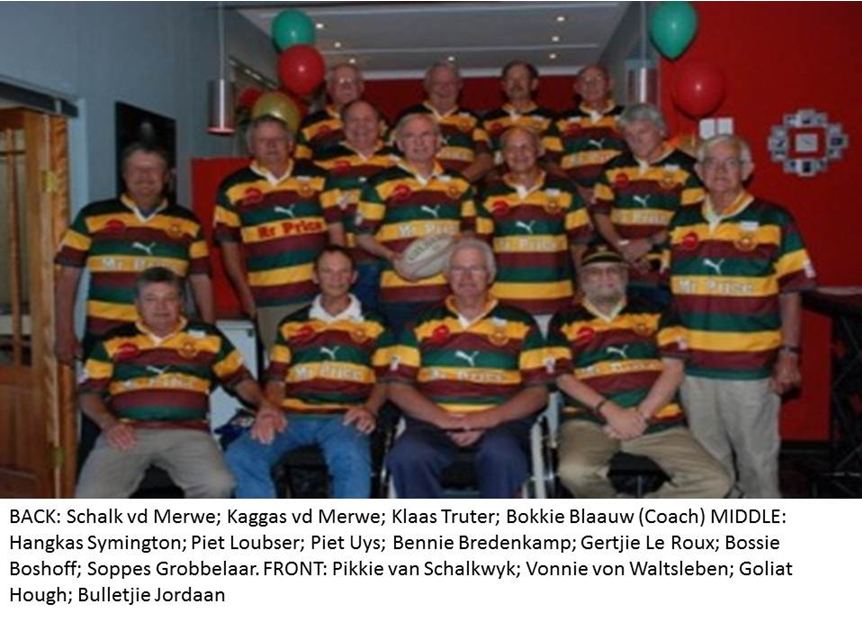 Shortly after the tears were wiped and Bulletjie got dressed in his own Old Boys jersey, the old stories and jokes started flowing just like it did 45 years ago.“I’m speechless, it’s really wonderful. I have the utmost respect and will forever be grateful for what they have done for me today” is how Bulletjie described the reunion before the emotions took over and he had to stop the tears from flowing again.“We really had a great time and it was nice to see some of the guys again after 45 years. If we were just a little bit fitter we would have put on a much better show than the Boks” chirped Piet at the end of the day after they all watched the Bok game together. 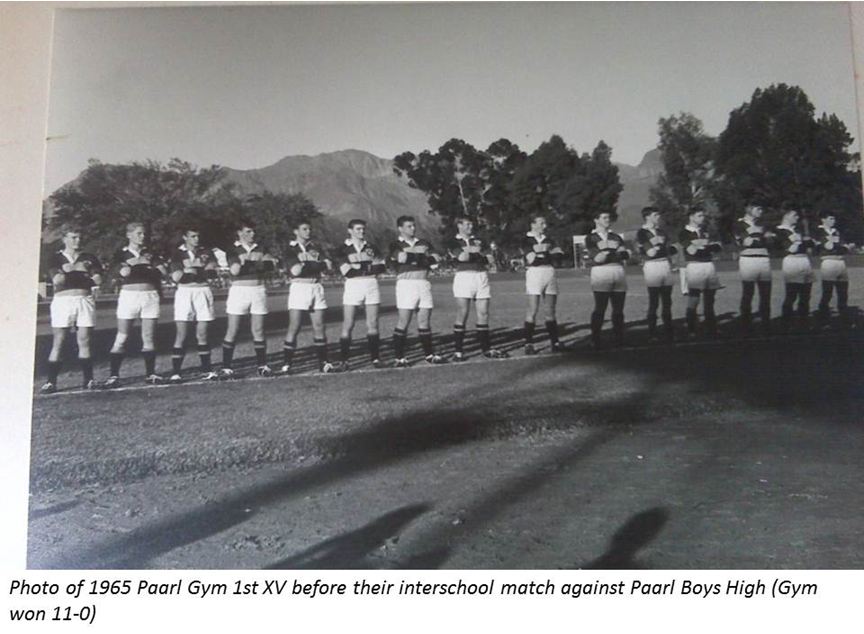 Piet Uys was the first player ever to score two tries in the annual interschool clash against Paarl Boys High. That year Paarl Gym won 11-0. It took a further 40 years before the record was equalled. It has never been beaten.

The Gim rugby legacy will continue to provide great Sprinboks and great stories!