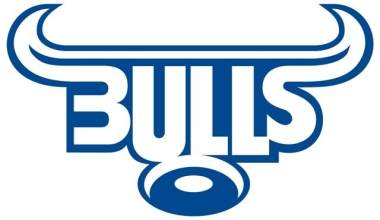 Nic de Jager will take the captains’ armband on Friday as The Vodacom Blue Bulls run out against the Steval Pumas in Nelspruit.

Flanker Boom Prinsloo is fit again and will start in the number six jersey in place of Shaun Adendorff, who replaced Prinsloo in the starting lineup against the Toyota Free State Cheetahs. Adendorff is out injured and will miss the match.

Executive of Rugby, John Mitchell, takes over the official head coach reigns this week and handed first starts to the season to prop Lizo Gqoboka and midfielder JT Jackson in a number of changes to the team.

Gqoboka was released by the Springboks and will start in place of Pierre Schoeman, while Jackson moves from the bench in place of injured Burger Odendaal.

Jannes Kirsten is also back to full fitness and comes back in the number 7 jersey, while Abongile Nonkontwana, who played there against the Cheetahs, moves to lock in place of injured Irné Herbst.

At scrumhalf Andre Warner will start, with Piet van Zyl playing off the bench in Nelspruit.

Marnitz Boshoff, who joined the Vodacom Blue Bulls from Connacht is also in the match day squad while Johnny Kotze will add to his 16 Currie Cup appearances when he is introduced off the bench.

This will be a first Vodacom Blue Bulls appearance for Kotze in the Currie Cup, having represented DHL Western Province in last year’s competition.

Edgar Marutllule is another new face on the bench and replaces Johan Grobbelaar.

“We have started a process to take responsibility and ownership of performances and to take the Vodacom Blue Bulls back to respected levels of competitiveness. We have a long way to go, but there will be no excuses. Hard work will be one of the main aspects of this drive, but after three losses, we will also have to find the desire to win again,” Mitchell said.

Captain, De Jager admits that the Steval Pumas will be a tough nut to crack. “Credit to them, they were really good against Griquas last weekend and came away with a very good win in Kimberley. That win will boost their confidence and they are not an easy team to beat in Nelspruit. We will have to play to our full potential for the 80 minutes if we want to come away with a result.”