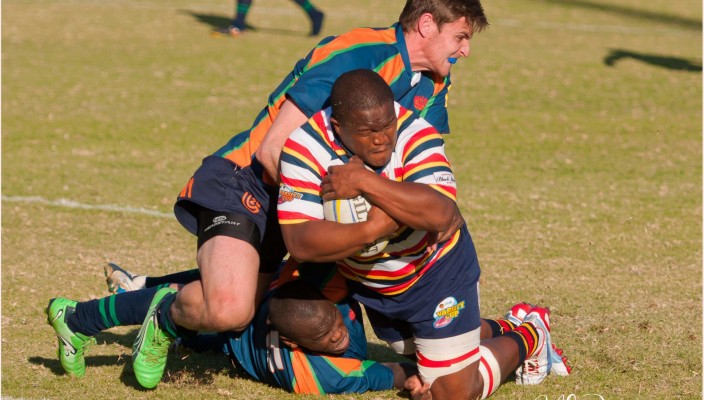 THE race to grab the North region’s Cell C Community Cup 2015 qualifying slot reaches the semi-final stage on Saturday with matches in Johannesburg and Secunda set to determine who will play in the final at Loftus Versfeld next week for a place in the 2015 tournament.

There is great interest in the new format – identical to Rugby World Cup qualifying, right down to the repechage round for lucky losers – which sees the second-best non-university clubs from all 14 Unions involved in post-season knockout clashes to claim the five remaining slots in Community Cup 2015, which kicks off on 21 February.

Kick-off is 13h00, to allow supporters to travel to Ellis Park afterwards where the Xerox Golden Lions host DHL Western Province in the Absa Currie Cup at 17h05, and the Golden Lions Rugby Union has confirmed that the first 450 fans through the gates at Wits (entrance R10) will get a free ticket to Ellis Park.

The Brakpan-Wanderers clash will be preceded by a Koshuis final between the Wits Interfaculty Barbarians and rivals UJ’s Barbarians (11h15).

Saturday’s respective winners will have the opportunity to play the main curtain-raiser (kick-off 14h40) to the Vodacom Blue Bulls vs Cell C Sharks Absa Currie Cup match at Loftus Versfeld next Saturday, with the prize of a place at Community Cup 2015 at stake.

All is however not lost for Upington, who will now have a third bite at the cherry in the repechage round, where they will face one of Brakpan, Wanderers, Sasol or Oostelikes for a place in the final – and a shot at becoming the 20th and final team to book their place for 2015.

With just over five months to go before the start of the third edition of Community Cup, a total of 13 teams have already qualified automatically from their respective provincial premier leagues, with only the champions of Boland and SWD to be confirmed.