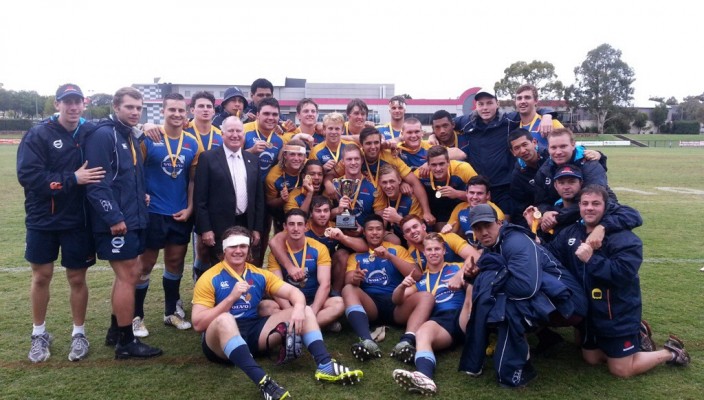 New South Wales will provide the bulk of Australia’s Under 20s Junior World Cup squad after 12 players from the Waratahs’ nursery were yesterday named in the 28-man squad for next month’s tournament in Auckland.

Waratahs Under 20s coach Tim Rapp, who coached NSW to the National Championship in Canberra, was delighted with the numbers. “I think we had 13 to 14 up there at the 33-man camp to start off with, so to get 12 into the final squad to go to the Junior World Cup is a really good effort.”

The NSW contingent is made up of players representing six different clubs in both the Shute Shield and Sydney Colts competitions. “It’s not just the one club, all the Sydney rugby clubs are producing. Our youngsters are coming from a number of different clubs, they’re all providing a good base for these kids to play top quality footy.”

The next challenge for the NSW 12 will be to force their way into the starting XV. “To be honest all of them have a very good chance,” enthuses Rapp. “The coaches will change it up a bit depending on the countries they are playing against, so I think we’ll find all of them will get an opportunity to start at some stage.”

In the pool stages, Australia’s main rival is England, while the Junior All Blacks are the short-priced favourites to bag New Zealand the Junior title to add to the World Cup title it already holds.

“New Zealand always has a major focus on the Under 20s competition and winning this World Cup is something they are committed to.

“From overseas, England look very good. I think they went quite well in their Six Nations this year so they would have a major focus coming into this Junior World Cup and to be honest, even Wales will be reasonably competitive.

“The South Africans again will be enormous for 20-year- olds. Our Aussie team looks good. I think the players are facing a really tough tournament but hopefully they are good enough to get through.”

After representing Australia at schoolboy level, for Randwick’s David Horwitz, selection takes him on the next phase of his representative career.

His selection is the pay off from a gruelling off-season spent running the infamous Coogee stairs and climbing up more hills than the Von Trapp family, combined with hours in the gym and on the training field honing his skills and learning the art of playing the running game.

“It’s been a real learning curve and has given me enormous confidence,” said Horwitz. “I played a few games for the Waratahs’ Gen Blue (development) side and when you come against people in your own age group and the physicality is a bit less, you kind of take the confidence that you have played maybe a higher standard before so it has really given me good boost and I am really happy with my ability to try and push it this World Cup.

“Waratahs coach Michael Cheika made it clear at the start of the year that he thought Under 20s was a really important progression for my game.

“Controlling a team at international level would give me another dimension to my leadership around the field and that is really important as a 10.”

Adept at flyhalf and inside centre, Horwitz will fill any role he coach demands but in the ferocity of the IRB’s Junior World Cup, the talented playmaker believes he’s best suited to number 10.

“I am comfortable at this level to play both 10 and 12 but I think playing flyhalf, especially in the physical conditions, would work.”

And it will be tough. To qualify for the sudden death section, Horwitz knows the squad will have its work cut out.

“We have got Argentina and England in our pool. England are coming off a pretty good Six Nations campaign, they also won it last year. The soft conditions in Auckland will suit their big pack, while Argentina was impressive on your to Australia earlier this season,” warned Horwitz.

More positive, Rapp wouldn’t rule out Australia going all the way. “It’s the age old thing: You have to beat everyone so you may as well do it first time round.

“They have to beat England straight away which is going to be very hard and if they can do that and keep their bodies in good nick and have a full squad for selection at the end of it, then they are a good chance to take the title.

One player that Rapp will be keeping a keen eye on is back rower Sam Croke. “He’s a 19-year-old who hasn’t come through the school system at all. He’s never played rep footy and making this team at his age is pretty amazing.

“It says an enormous amount for his development over the last couple of years. From the NSW far north coast, Sam has made it through purely because he worked so hard and has that little bit of mongrel that you want in the team, whether it be at training or on gameday, he doesn’t care who he is playing with or against he just wants to play footy.”

Before heading across the ditch, Australia’s Junior World Cup Squad will play warm up matches against NSW Country Cockatoos on Saturday May 24 and then line up against a Barbarians outfit on Thursday May 27, both at Chatswood Oval.

The seventh edition of the IRB’s Under 20 tournament kicks off on June 2, 2014. Australia opens the tournament against Argentina before taking on defending champion England, before the young Wallabies lock horns with last year’s trophy winner Italy in the final match in Pool A.

The pool stages will take place at North Harbour Stadium and Pukekohe Stadium, with the semi-finals following on (at the same venues) on June 2, 6, 10 and 15. The final takes place at Auckland’s Eden Park on June 20. Australia has never won the IRB Junior World Cup. 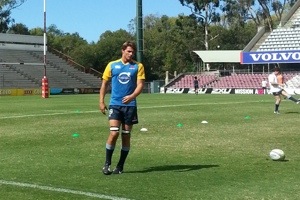