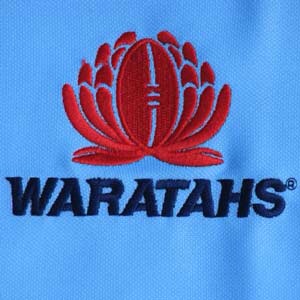 The NSW Waratahs are pleased to welcome back powerful international winger, Taqele Naiyaravoro today following the announcement of his re-signing for 2017 and 2018 last month.
With Naiyaravoro’s return, former All Black, Zac Guildford has taken the opportunity to move back to New Zealand with limited time left in his short term contract with the Club.

Despite an injury setback with a broken toe, Guildford played seven matches for the NSW Waratahs this year, crossing for the one try against his former side, the Crusaders in round 13. The New Zealand-born winger had already earned 11 All Black Test caps and 79 Super Rugby caps for the Hurricanes and Crusaders previously.

The move sees Naiyaravoro poised to reignite his Super Rugby career with NSW for their last three matches of the regular season in 2016. The 24-year-old giant-sized back was a key member of the Waratahs, earning 20 caps across 2014 and 2015.

Guildford signed with the Waratahs on a short term contract last September as a stepping stone to future ambitions, saying last month it was a chance for him to work towards higher standards. And, with Naiyaravoro eligible to play, Guildford has called time with the Club to return to his home town.

Naiyaravoro recently returned to Australia after being named to re-join the Wallabies for the three Test series against England, following a a stint with the Glasgow Warriors.

The Fijian-born winger came off the bench at the 68 minute mark during Saturday night’s third and final Test against England, crossing for his second try in as many Test matches after the final siren in front of a record crowd at Allianz Stadium in Sydney.

Despite a final 44-40 loss by the Wallabies, the game saw five tries scored by Australia, four of which came from the hands of NSW Waratahs, Bernard Foley, Israel Folau, Michael Hooper and Naiyaravoro.

The four tries means fans will have the opportunity to purchase Gold category tickets to the NSW Waratahs v Hurricanes match at 40% off. The offer was promoted last week, where 10% would be taken off the price of the tickets for every try scored by a NSW Waratahs player in the final Test match on Saturday. The match against the Hurricanes is the Waratahs’ last home game of the regular season at Allianz Stadium on Saturday 9 July. The discount will apply today for 24 hours only at www.waratahs.com.au/tickets using the code ‘TAHSTRIES’.