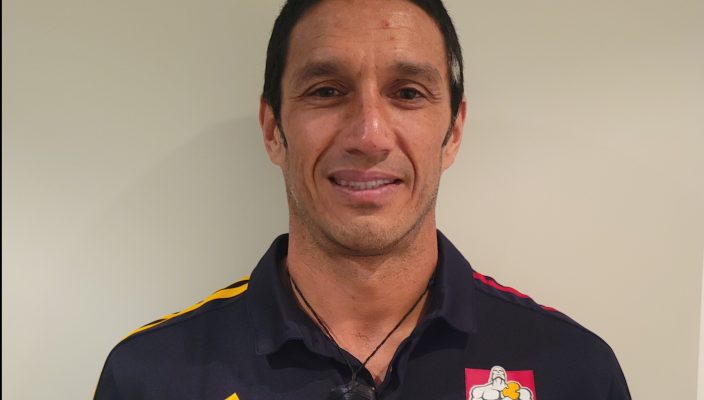 Former Black Ferns Sevens Head Coach and two-time NZR Coach of the Year Allan Bunting has signed on as Head Coach for the Chiefs Women’s team ahead of their maiden 2022 Super Rugby campaign.

The county’s leading women players will set the rugby landscape alight in 2022 with the inaugural season of Super Rugby Aupiki.

The Blues, Chiefs and Hurricanes, as well as a combined South Island team encompassing the Crusaders and Highlanders regions will play across four weekends starting in March 2022.

The name ‘Super Rugby Aupiki’ reflects on the competition being a crucial steppingstone between the Farah Palmer Cup and the Black Ferns, with Aupiki translating to mean ‘the ascent to the upper most realm’.

Bunting recently announced his departure as Head Coach of the Black Ferns Sevens after their successful Tokyo Olympics campaign which saw them beat France in the final to secure New Zealand a gold medal. He said he is excited to join the Chiefs environment.

“I’m excited about coming into the Chiefs environment, I’m a Bay of Plenty boy and when I went for this job, I didn’t want to go anywhere else because it fits my purpose. For women’s rugby in general there’s lots of potential that can be brought to life and that certainly excites me, and it’s been my purpose with the Black Ferns Sevens. I feel like I can really give something to that and help bring it to life in the Chiefs region, especially because I’m connected to there, I’m from there.” said Bunting.

“I’ve played a lot of rugby and Clayton’s been my captain, right from Whakarewarewa back in Rotorua and he sort of coached alongside me with Bay of Plenty being right next to us in the High-Performance Centre. So there’s a lot more than just the rugby, there’s quite a bit of connection there.” said Bunting.

Reflecting on the first New Zealand Super Rugby match featuring female players which occurred on May 1st this year, Bunting said he is excited about what he saw from the Chiefs Women’s victory over the Blues Women.

“Watching them play and seeing the speed they played at and their intentions to find space, their connection and desire to play for each other throughout that whole match… that’s when I really thought far out, this is the start of something coming to life.”

“I have thoroughly enjoyed coaching our talented wahine over the years. They’ve got so much desire to learn and grow and if you can give them a little bit more time and some guidance to set them free then the future looks really bright and it’s going to be really exciting.” said Bunting.

“We’re really excited about having Bunts join our environment. He’s been on a hugely inspirational journey with the Black Ferns Sevens, from the Rio campaign in 2016 to this year winning an Olympic Gold medal and helping that team become a dominant force in international women’s sevens across numerous years.”

“We’re always looking to source quality talent from within Chiefs Country. Allan’s from the Bay so he’s connected to our region and has a long track record of enabling players to perform at their absolute best. He is highly respected and holds a lot of mana within our industry, we can’t wait for him to be a part of our club and our history in the first New Zealand Super Rugby competition to feature female players.”

“We saw a glimpse of how exciting this competition will be with the match between the Blues and Chiefs earlier this year. It also reaffirmed the need for this level of competition, it will be a great opportunity for developing players.

“Next year is absolutely huge for women’s rugby and this competition will be the perfect showcase to kick things off and get the rugby public engaged in women’s rugby.”

Clubs will contract 28 players, with squads expected to be named in the next month. Players will assemble for one pre-season match before coming together four days a week through the competition window in March.

“It was imperative to make sure these teams were led by quality coaches, and we have achieved that with this group.

“We’re committed to this competition providing pathways for women in our game and we’ll see that in each of the wider coaching groups that the clubs assemble which is an exciting prospect.

“It was a priority to get Head Coach appointments locked in so now Clubs can focus on their player recruitment and management teams,” said Sexton.

Super Rugby Aupiki will kick off and run across four weekends in March, kicking off on 5/6 March.

The following two weekends will see home and away fixtures for each team before the top two meet in the Final on 26 March. The competition draw will be confirmed later this year.

NZR Māori Cultural Advisor Luke Crawford linked this to the narratives about the ascent of Tane to the highest heavens to retrieve the three baskets of knowledge. The baskets contained all the knowledge and understanding needed to ascend to the highest heights of achievement.

Drawing from a karakia that tells the journey of Tane, the following whakaaro was termed, “Te āupikitanga / tūpikitanga ki Te Toi-ō-ngā-rangi. – The ascent to the upper most realm”. Aupiki was chosen as the term to reflect the journey of players striving for higher honours which is the purpose of this competition.