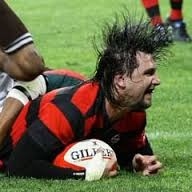 Only one change to EP Kings team for Nelspruit final

The EP Kings First Division team that will take on the Steval Pumas in Nelspruit on Friday has only one change from the team that played a grueling 100 minutes against the Leopards last week to secure their place in the final.

ABSA Currie Cup Head Coach, David Maidza announced that Hannes Franklin would return to the starting lineup on Friday at hooker, having recovered from an eye injury that has seen him miss out the last three games. Franklin comes on for Albe de Swardt, who sustained a broken jaw during the game against the Leopards last week.

“Albe has broken his jaw and has been to a specialist in Cape Town this week, who has confirmed that it is a clean break and no surgery is needed, it should heal naturally over time,” said Maidza.

Maidza said Franklin’s return to the squad was a huge addition, as the senior players brought a level of calmness, intensity and experience to the team.

Maidza said that they had toned down the level of physical training this week, following the additional 20 minutes of rugby that had been played at the Nelson Mandela Bay Stadium on Friday in the semi final.

“We obviously realize the need for our players to be as fresh as possible on Friday, so we cut down on our sessions yesterday, but had a good showing today, and have also done a lot more mental preparations with the team,” he said.

Maidza said they were expecting a big clash against the Pumas, who have remained undefeated throughout the season.

“From the onset of the competition, momentum has been on their side and we have had to play catch up, but we have done exceptionally well to play catch up finish second and have had a good run and will be looking to take advantage of that,” he said.

Maidza said it would be crucial to eliminate the mistakes that had been made on Friday night as well as stepping up the overall performance one last time as they entered the final.

Team captain, Darron Nell, said they were expecting a physical matchup against the Pumas on Friday night, with the Pumas loose forwards known for gaining momentum with the ball. He said the team had focused on stemming lineout drives, which was where the Pumas had dominated in their last game against the EP Kings.

“The ball also tends to travel further up there, and we will need to be disciplined,” he said.

“We’ve done our homework, and I’m sure they have too, and it will come down to what happens on the day,” he said.

Maidza said he was happy with the team and where they were in terms of their preparations.

“It’s going to be a tough challenge, especially having to play at their home ground, but we are ready,” he said.