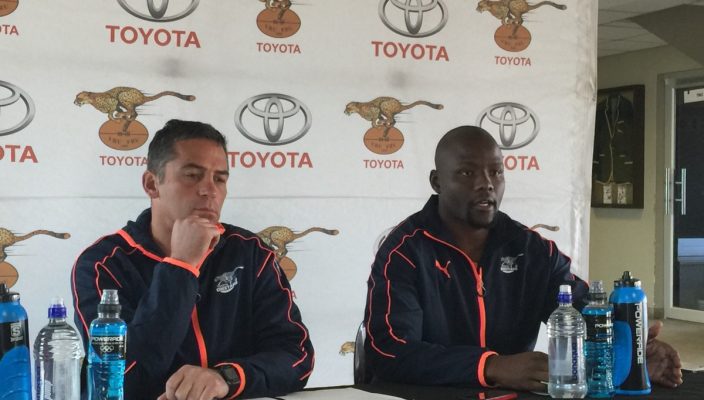 Oupa Mohoje will be leading the Toyota Cheetahs in the 2018/19 Guinness PRO14 championships. Coach Franco Smith made the announcement to team almost a week before Mohoje’s 28th birthday.

“Oupa is true Free Stater and the perfect example of a player who played his way through every rank. He earned a lot of respect by consistently working hard and is someone who doesn’t give up.” said Franco Smith.

The HTS Louis Botha old-boy played for the UFS Shimlas in the Varsity Cup competitions from 2011-2013. In 2013 captained the Shimlas and was voted the ‘Player That Rocks’ for the competition.

Mohoje made his Super Rugby debut in 2014 for the Toyota Cheetahs against the Chiefs and played in a total of 39 Super Rugby games. He led them against the Bulls in 2017.

The flanker represented the Toyota Free State Cheetahs in 21 Currie Cup matches and 16 times in Guinness PRO14 of which he captained the side in one against Kings in Bloemfontein in 2017.

In 2014, he made his Springbok debut against Scotland in Port Elizabeth, taking to the field as a replacement for Duane Vermeulen and represented the Springboks in 19 matches so far.

“Oupa gained a lot of experience playing for the Springboks and learned from the best. He is the right guy to take us forward. He is someone who wants to go forward.” Said Smith.

“It’s a big honor and responsibility to captain the Toyota Cheetahs. I’m humbled to get the backing of the coaches and players to allow me lead on and off the field,” said Mohoje.