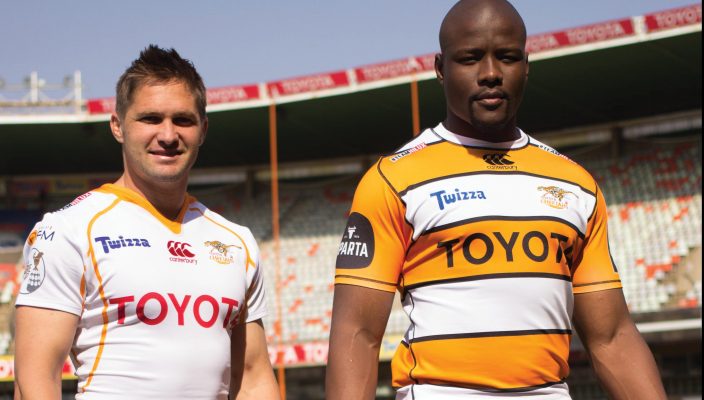 The Toyota Cheetahs are delighted to announce that the 29-year-old flank, Oupa Mohoje’s contract has been extended until 31 May 2021.

The experienced Mohoje captained the South African A side against the England Saxons in 2016 and played in 19 matches for the Springboks.

Mohoje made 78 appearances for the Toyota Cheetahs since he joined the team in 2013. He wore the orange jersey in 39 Super Rugby- and 23 Currie Cup games and he has 16 Guinness PRO14 caps.

His loyalty to the team was rewarded when he was announced captain for the 2018/2019 PRO14 season.

Sadly, Oupa’s 2018/19 Guinness Pro14 campaign lasted for just 18 minutes, when a serious knee injury at Thomond Park against Munster, led to the player being ruled out for the rest of the season.

Oupa’s leadership and experience are invaluable to the team.

“It is a privilege and honour for me to stay at the Cheetahs and I can’t wait to play my first game. As they say, home is where the heart is.” Said Oupa Mohoje.