Outeniqua High School will play Noord-Kaap High School in George on Saturday 10 August 2013 in the next Mutual & Federal Premier Interschools that will be televised LIVE on SuperSport 1 at 12:55.

The  Mutual  &  Federal  Premier  Interschools  stories  are  further  captured  in  12 magazine shows which preview all the games and provide historical overviews of these traditional schools and highlight other academic, cultural and sporting achievements.

Being invited to play your hosts at their 90th  celebrations is enough recognition of a school’s prowess during the last couple of years and thus Noord-Kaap High can feel proud of this honour bestowed upon them by Outeniqua High. This can almost be listed as an Interprovincial match between Griquas and SWD as both schools had 12 players representing their province at Craven Week 2013. Although the team from Kimberley is not having the best of seasons according to their own high standards, they are still a very formidable team and rated as one of the Top 30 in the country. They have regularly appeared in the Top 10 rankings of SA Schools in the last few years  and  with  12  Griquas  Craven  Week  players  they  will  still  pose  a  serious challenge to the home team.

The Kwaggas, as Outeniqua High is more affectionately known, is in contrast having one of their best seasons so far in the school’s history.  Having only lost to Paarl Gimnasium so far and won against Grey College and Paarl Boys’ High, they have collected some serious scalps along the way in 2013. With four SA School’s players in their backline you can expect them to play an expansive game and bring these players more into play. They can however also rough it upfront with the best of them and if Noord-Kaap High prefers that type of gameplan they will find Outeniqua High up to it and more than capable of holding their own.

2011 when Noord-Kaap High downed Outeniqua High 43-22. The home team thus have a score to settle with the boys from Kimberley. 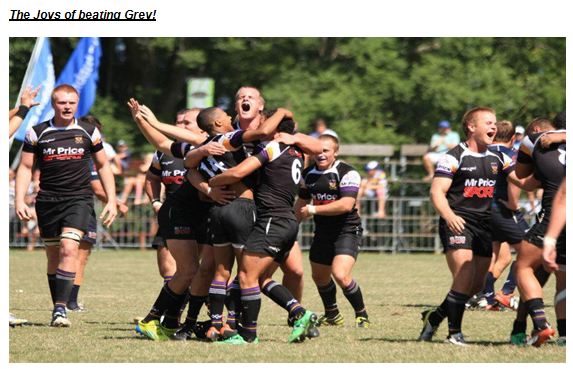 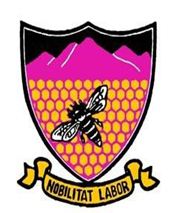 The first form of education in George dates back to 1812 when a small school was established in the Goeweneurshuis and Adriaan van der Colff, the first teacher appointed. In the early 1900s, two schools were established to bring education to a higher level in George, namely the First Class Public School for Girls (1905) with Miss Christina van Niekerk as principal and the First Class Boys’ School (1900) with Mr. C L  Hofmeyer  as  principal.  In  1907  the  Boys  (with  a  Dutch  background)  and  the Anglican school (the English St. Mark’s College) merged. Canon Barron Moore was appointed head of the unified school. The political climate was not conducive to such a merger and the enrollment dropped to 63. Canon Moore was followed in 1914 by Mr. D. Malan and under his leadership, the school grew dynamically.

On 12 February 1914 the foundation stone was laid for the new Boys’ School. It would later be known as the Manie le Roux School. In 1918 the school has grown to an enrollment of 263 and derives high school status. During this period, the Superintendent General of Education, Dr. Muir and the Rev.J. A. Beyers, pastor of the Mother Church in George, strongly advocated the establishment of a “Central School” for George. On February 20, 1920 it was approved by the school board and in 1922 “The Central High School” was established. The boys and girls were now in the same school and it meant that the building was too small for the 225 students and various venues in the town were used as classrooms.

Ds.J. S. Beyers who can be called the “Father of the new High School” where known for two further issues he chased.  Afrikaans was allowed and a suitable site had to be found for the new “Central School”. The City Council has approved a proposal for the new site and on 15 September 1922 the cornerstone of the Outeniqua High School by the Administrator, Sir Frederic de Waal was laid. On June 1, 1923 the name “Outeniqua High School” was decided upon and on 16 July 1923, 223 students and11 teachers under the headship of Mr. D.J.J. de Villiers occupied Outeniqua High School.

Outeniqua High School have a proud rugby tradition and is perennially found in the top 20 ranks of SA Schools, more often than not in the Top 10. To date they have produced two South African players in Johan Heunis (1981-1989) and Marco Wentzel (2002). They are the current holders of the Western Cape Burger Trophy played for amongst schools from EP, SWD, Boland and WP. 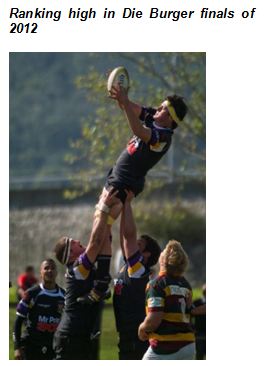 The school also hosts an annual u/14 festival over the Easter Holidays which is highly regarded as the top tournament for the age group in the country. 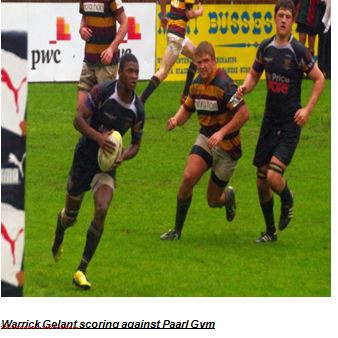 Their season so far:

Each year they produced an excellent crop of players that represent SWD and this year no less than 12 players represented the Eagles at Craven Week.

Remu Malan , Dewald Human, Duhan vd Merwe and Warrick Gelant were all selected for the SA Schools team as well. Dewald, Warrick and Duhan also represented SA as u/18 sevens players in 2012. (Photo Below) 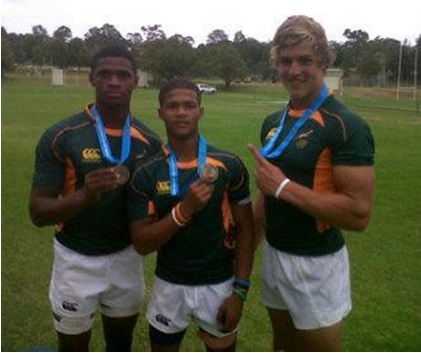 Today Noord-Kaap High has grown into a prominent school in the Northern Cape and beyond. The Technical School also remains in Kimberley, though it is separate from H Noord-Kaap High. In its commercial days, MK Brits was the school’s first headmaster. From 1986 to 1995 DJ Pretorius was headmaster and was followed by AJ Snyman, who remained until 2003. A. du Plessis was the next incumbent until 2005, when HJ Brand, the current headmaster, took over.

Pupil numbers at the school have steadily grown, from 402 pupils in 1987 to 1020. Currently Noord-Kaap High is one of the prominent schools in the province, regularly achieving in academics, sport and culture. In the last few years they have been in the spotlight for both their cricket and rugby performances. First, they excelled by winning the Knights Franchise knockout in the Pro20 for schools series in 2011 and 2012 and then playing in both finals of the Provincial series of those years as well. They also produced the 2012 SA Schools Cricket captain in Diego Rossier.

Noord-Kaap High has had seven rugby teams since 1992 – a big improvement from the mid-80s when mustering a single team was hard enough. Their colours are olive green, white and grey. The school has had its share of national representatives, though no Springboks yet. In 2001 flyhalf Corrie Avenant was selected for South Africa at Under-21 level. In 2002 Barnie du Plessis played for the South African Under-19 side at eighthman, and Deon Koen was selected for the Under-18 SA Academy at hooker. 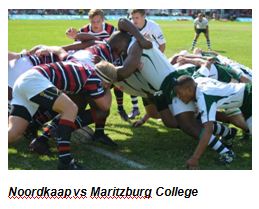 PJ Vermeulen played for the South African Under-19 in 2004 and captained the side when they won the World Cup in Durban. That side included the likes of Francois Steyn, Hilton Lobberts, Richardt Strauss and Chiliboy Ralepelle. 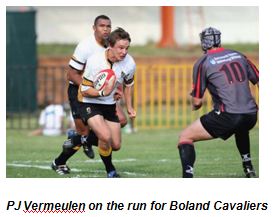 Jacques de Kock also played at outside centre for the Under-18 SA Academy in 2005, the year that yet another No.13 – Ronnie Cooke – was selected for the South African Under-21 side. Cooke is the school’s most renowned Old Boy, having been contracted by the Cheetahs since 2006, played in France and is currently contracted to the EP Kings. 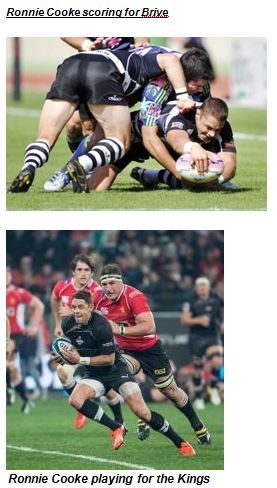 Noord-Kaap High has fielded some excellent First XV’s in recent years. The 1998, 2000 and 2002 sides, captained by Cooke, all had memorable seasons. But then behind good sides are good coaches, and Noord-Kaap High has had many. Hannes Esterhuizen  successfully  coached  the  First  XV  from  1992  to  2002.  Frankel Engelbrecht has been involved in the 2005/2006 and ’08 seasons, with Dale Adam now assisting. Since 1996 and expanded Griqualand West schools league has been played. 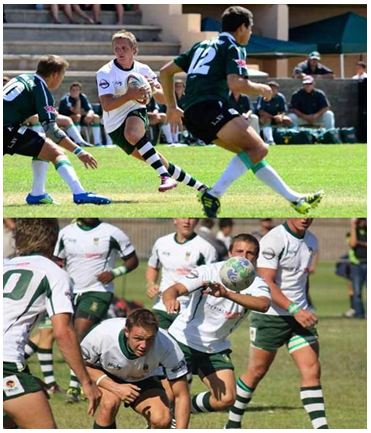 Noord-Kaap High’s First XV has featured in five finals since then,  producing  57Craven Week and six provincial captains in the process. 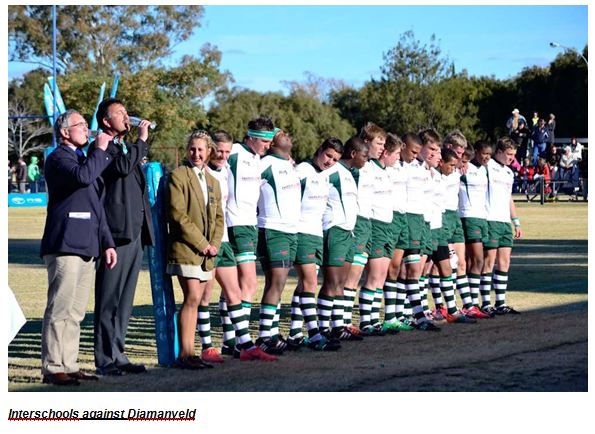 Other  regular  games  include  Upington  High  School  and  Duineveld,  both  from Upington, and Jacobsdal Landbouschool. But derbies stretch to Grey College and Sentraal High of Bloemfontein, and as far as Durban High School and Monument High of Johannesburg, Paarl Gimnasium, Marlow of Cradock and Oakdale of Riverdale. It is a school rapidly improving on an already impressive record.

The 2013 season results so far

Noord-Kaap  High  regularly  provides  the  bulk  of  the  Griquas  Cravenweek  and Academy teams and this year is no exception as 12 of their players were picked for the Craven Week that was held in Polokwane. 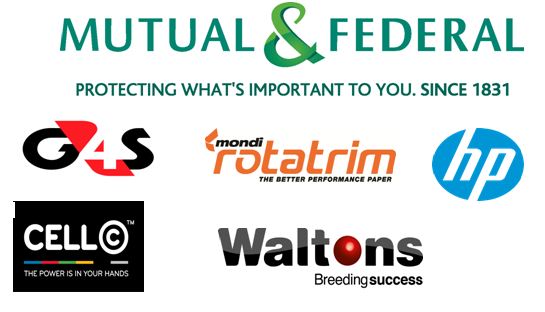 Premier Interschools has secured the final sponsor for the series, in the form of a Waltons,  Mondi,  HP  consortium.  Offering  the  widest  range  of  office  products available, from Stationery and Technology to Office Furniture, Optiplan Filing and Catering & Hygiene products for corporate customers. Waltons is dedicated to breeding success. Committed to providing tools for growth, the scholastic market is an important focus for the company. In the context of supporting education and youth development, Waltons is proud to bring the highly successful brands HP and Mondi to the Premier Interschools series. All three brands are highly relevant to the Premier Interschools target audience and we trust that the support of these brands will go a long way in building this important top flight schools rugby platform, showcasing schoolboy rugby at its best and inspiring other young players around the country.